Are You to Blame for Delay in Unemployment Tax Refunds? 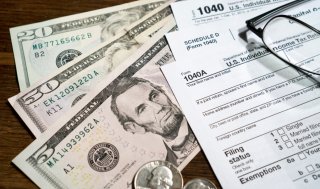 It appears that the Internal Revenue Service is once again mired in a no-win situation.

Much like the hiccups-filled disbursement of millions of coronavirus stimulus checks over the past year, Americans who have yet to receive their tax refunds from 2020 unemployment benefits are taking out their frustrations on the tax agency.

These potentially sizeable payments were expected to start landing in eligible bank accounts last month—but apparently, most Americans are still left sitting empty-handed. Some have even called out the IRS for staying mostly silent on the issue, though it has provided a few updates. The agency has also hinted that married couples who file a joint tax return may have to wait even longer than individual taxpayers due to the higher complexity of calculating their respective refunds.

Know that others have launched Twitter and other social media pages to keep tabs on the agency regarding when eligible Americans can expect to get their hands on the money that they are entitled to.

With so many eligible taxpayers not seeing a dime from the federal government, did Americans miss completing a certain step to claim the funds? According to the IRS, the best course of action is to wait patiently, as the agency has already announced that it will automatically adjust tax returns if individuals indeed qualify for a refund.

Be aware that many of the recently unemployed had already filed their tax returns by the time President Joe Biden signed the $1.9 trillion American Rescue Plan, which waived federal tax on up to $10,200 of unemployment benefits—or $20,400 for married couples filing jointly—that were collected by Americans last year.

“The first refunds are expected to be made in May and will continue into the summer. Any resulting overpayment of tax will be either refunded or applied to other outstanding taxes owed,” it added.

Keep in mind that those individuals who were recipients of unemployment benefits last year should have been mailed a 1099-G form from their respective state unemployment insurance agency. The form will detail the total amount of unemployment received and how much, if any, was taken out for taxes.

The agency has also confirmed that as many as ten million U.S. taxpayers likely overpaid on their unemployment taxes and would be in line for the refunds.

Current estimates indicate that for a single taxpayer who is eligible for the $10,200 tax break and is in the 22 percent tax bracket, they would receive $2,200. For married couples, that figure would double.