Average Gas Prices Are Now Over $4 in Nearly Every U.S. State 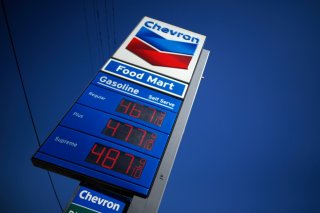 The report also said that nearly every state in the country now has an average gas price of over $4. The only states with average prices under $4 were Georgia ($3.98), Kansas ($3.98), and Oklahoma ($3.98), GasBuddy said. The average price in California, meanwhile, is approaching the $6 mark.

“Those filling their tanks last week saw another jolt at the pump, as both gasoline and diesel prices continued their multi-week rally,” Patrick De Haan, head of petroleum analysis at GasBuddy, said in a blog post. “New records continued to be set on a near daily basis as the national average edges even closer to $4.50 per gallon. Prices later this week could be closer to $5 per gallon than $4, as demand continues to edge higher and inventories of both gasoline and diesel continue to decline, temperatures warm and motorists get back outside and we near the Memorial Day weekend, the start of the summer driving season,” DeHaan continued. “While the increases may start to slow in the days ahead as pump prices catch up to oil, there isn’t much reason to be optimistic that we’ll see a plunge any time soon.”

Meanwhile, AAA, in their weekly report, found that every state now has an average of over $4 per gallon. The report saw put the national average two cents higher than GasBuddy, at  $4.48. “The high cost of oil, the key ingredient in gasoline, is driving these high pump prices for consumers,”  Andrew Gross, AAA spokesperson, said in the blog post. “Even the annual seasonal demand dip for gasoline during the lull between spring break and Memorial Day, which would normally help lower prices, is having no effect this year.”

In addition to all of the usual factors, including the continuing war in Ukraine and the rising price of oil, AAA referenced the switch to the summer blend of gasoline, which is more expensive than what is sold in the spring. The shift to that blend is in taking place currently. The Biden administration did announce last month that sales of higher-ethanol gas will continue into the summer.

Per Fox Business, Andy Lipow, president of Lipow Oil Associates, predicted that the average price will reach $4.50 per gallon, as soon as this week. “The demand for those fuels will also increase as drivers take to the road in the United States consuming more gasoline, drivers in Europe use more diesel, and airlines burn more jet fuel transporting vacationers around the world,” Lipow told the network.