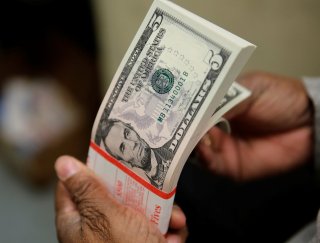 According to the 2020 annual report from the board of trustees of the Federal Old-Age and Survivors Insurance Trust Fund and Federal Disability Insurance Trust Fund, the Social Security program’s reserves will be fully depleted in just thirteen years. Annual taxes will cover only approximately 76 percent of the benefits each year after that.

“For many retired adults, that kind of cut in benefits would represent a big financial hit,” GOBankingRates.com writes, adding that government data indicates that Social Security provides about half of the income for 50 percent of elderly married couples and 70 percent of elderly single people.

This is obviously concerning news for millions of retirees and aging Americans who are relying on these benefits to financially help them in their golden years. In fact, it appears that worry is already seeping in. According to the Nationwide Eighth Annual Social Security Consumer Survey, which was conducted by the Harris Poll on behalf of the Nationwide Retirement Institute, more than 70 percent of adults actually believe that the Social Security program will eventually run dry.

Per GOBankingRates.com, some experts are already counting on Congress to step in before 2035 to prevent such huge Social Security benefit cuts. But the concern is still real.

“The ramifications of that event would be beyond traumatic for everyone in the country,” Joseph E. Roseman Jr., a Social Security expert and retirement planner at Retirement Capital Planners, told the personal finance resource site. “You've got a national disaster on your hands,” he continued.

Similar sentiments were shared by AARP, which noted that “as long as workers and employers pay payroll taxes, Social Security will not run out of money.”

“Social Security does face funding challenges … [but] to avoid that outcome, Congress would need to take steps to shore up Social Security’s finances, as it did in 1983, the last time the program nearly depleted its reserves. The steps then included raising the full retirement age, increasing the payroll tax rate and introducing an income tax on benefits,” it concludes.

Roseman added that solving Social Security’s funding issues are pretty straightforward, but as usually is the case, it won’t be easy to get Congress to initiate the necessary changes.

“Nobody wants to compromise,” he said.

To be on the safe side, Roseman continues to tell his clients that Social Security benefits shouldn’t be their only source of retirement income.

“I would never advise anybody to live on Social Security alone,” he concluded.