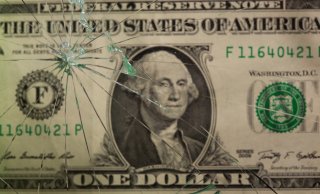 Consumer spending remained relatively flat in May as personal incomes slightly dropped for the second month, according to Commerce Department data released Friday.

The flat measure for consumer spending last month comes after increases in April and a five percent surge in March, which was largely due to the $1,400 stimulus payments from President Joe Biden’s $1.9 trillion rescue bill, the department reported. Consumer spending remained steady as a $71.5 billion decrease in spending for goods balanced a $74.3 billion jump in spending on services, according to the Commerce Department. With the country reopening and people getting vaccinated, spending has shifted toward recreation, restaurants and bars, while spending on motor vehicles has declined.

“The great consumer spending rotation gathered steam in May as households shunned now-expensive goods in favor of once-familiar services,” Lydia Boussour of Oxford Economics said in an analysis released Friday.

And with the direct payments dwindling, the Commerce Department reported that incomes also fell by two percent in May after a massive drop of 13.1 percent in April. Wages and salaries, which are crucial parts of measuring income, climbed 0.8 percent last month, indicating small gains in employment.

“Consumers have used their stimulus payments to buy big-ticket items like cars, appliances and building materials. Now that the economy is reopening, they are shifting their spending to services that they have not been able to enjoy during the pandemic like dining out and travel,” Gus Faucher, chief economist at PNC Financial, said.

The PCE price index, the Federal Reserve’s closely watched gauge of inflation, is up 3.9 percent from 12 months ago—the largest year-long spike since 2008.

Core inflation, which cuts out volatile food and energy prices, reached 3.4 percent from a year ago, a record that hasn’t been reached for nearly three decades.

While Federal Reserve Chairman Jerome Powell has noted that the high inflation is temporary, the issue poses a great threat to the central bank and Biden’s ratings as president.

The personal saving rate reached 12.4 percent last month after 14.5 percent a month earlier. The rate still remains at a higher level compared to February 2020, when the figure hit 8.3 percent.

“Overall consumers are still well positioned to attack the summer with a lot of enthusiasm,” Gregory Daco, chief U.S. economist at Oxford Economics, told The Wall Street Journal. “We have households that have a strong itch to spend, they have the means to do so, and they have fewer and fewer health reasons not to indulge.”