Bad News: Gas Prices, After Dip, are Going Back Up 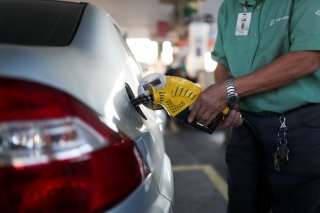 Last week, for the first time in months, the average gas price in the United States went down, after it had been gradually rising for much of the year so far.

Now, gas prices have gone back up, as demand has hit a new yearly high.

According to the latest numbers released by GasBuddy, the average gas price in the United States had risen to $3.16 per gallon as of Monday, a rise of 1.7 cents per gallon over the same time a week earlier. That price is also 3.8 cents higher than a month ago, and nearly a dollar higher than a year ago when prices were near pandemic-era lows.

“Last week’s decline of the national average price of gasoline was short-lived. Prices have now rebounded on continued strong gasoline demand in the U.S., which has pushed oil prices back up after a brief lull,” Patrick De Haan, head of petroleum analysis for GasBuddy, said in a blog post this week.

However, there are indications that prices will begin to drop again as the summer nears its end.

Demand last week set another 2021 high, eclipsing the previous week’s record as we head into the prime of the summer driving season, according to GasBuddy data. “For the next week or two, we may continue to see gas prices inch higher. But, once schools begin re-opening and vacation season ends, we’ll likely see demand trail off, allowing for gas prices to decline gently heading into Labor Day,” the blog states.

The gas price gain has come in tandem with a jump in crude oil prices.

“The market remains jittery as new Covid cases spike in the U.S. as the Delta variant runs rampant,” according to the blog post. “While the surge in cases has not yet appeared to dent demand, some knee-jerk reactions to the spike could soften the red hot gasoline market and cool the price of crude oil.”

The states in the United States with the highest prices last week were California ($4.35), Hawaii ($4.03) and Nevada ($3.98), although reports last week stated that Idaho’s average gas prices are also nearing the $4 mark.

In the spring and summer of 2020, as the pandemic ravaged the United States and state-at-home orders were in place in most places, gas prices plunged, at times below the $2 mark in some areas, as demand for fuel crashed. As the pandemic has receded in 2021, demand has risen and gas prices along with it.