Bad News: Higher Gas and Food Prices Are Not Going Away 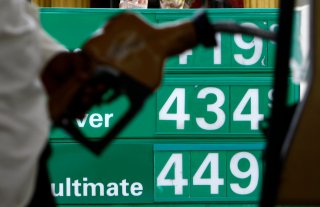 For many American consumers, the fast-rising prices for gas and food have been the most difficult to come to terms with.

And according to some experts, Americans need to brace themselves for such elevated prices to continue for months to come.

Per AAA data, the average gas price nationwide is still sitting at $4.13 a gallon. That is about $0.20 lower than what was seen during the mid-March peak, but the projections of sub-$4 gas are now being pushed aside.

As reported by WRGB in Albany, New York, Eric Stigberg, managing director of marketing, public and government affairs at AAA Northway, is sounding the alarm that Americans need to prepare to pay more at the pump for a while as the summer driving season is only weeks away. “The oil market right now is very volatile,” he said.

As for those who have been able to enjoy gas tax relief in some states, Stigberg noted that the impact will likely be minimal. “Any savings we may get from a gas tax relief may be made up because the price of oil has gone up again,” he said.

Similar sentiments were recently shared by analyst Andy Lipow, of Lipow Oil Associates, who told The National Desk that rising gas prices are “bad news for the consumer but there’s little we can do about it until there are more oil supplies appear on the market.”

In an effort to temper elevated gas prices, the Biden administration has already committed to releasing one million barrels of oil per day from the nation’s Strategic Petroleum Reserve and has brought back leases for oil and gas drilling on federal lands.

“This just shows you how concerned the administration is about inflation and trying to do anything it can to get more oil supplies to the market,” Lipow added. “Unfortunately, those new supplies are about a year away.”

Meanwhile, also hitting the pocketbooks of ordinary Americans are the rapidly rising food prices. According to the U.S. Department of Agriculture’s latest update to its Food Price Outlook for 2022, it stated that “all food prices are now predicted to increase between 4.5 and 5.5 percent.” That price increase is on top of a nearly 8 percent bump seen over the past year.

To combat those elevated prices, WWLP in Springfield, Massachusetts, is reporting that many people have now decided to plant their own vegetables.

“Right now, they’re in early season, everyone’s trying to save a few dollars and grow their own garden,” Joe Calabrese, owner of Calabrese Farms, told the news station.

“Obviously it’s going to be a lot cheaper. They’re buying a lot of early crops like cabbage, lettuce, spinach, and onions,” he continued.

Calabrese also elaborated on how much money they could actually save. “Depends on how they’re going to grow it, by planting in your own backyard,” he said. “I would say at least 50 percent of what you’d spend at the store buying produce.”