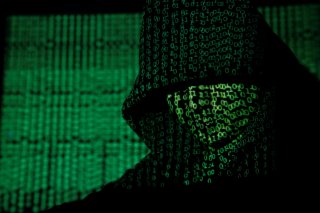 The Internal Revenue Service’s Security Summit this week issued some warnings to tax professionals about the problem of identity theft.

“There are tell-tale signs of identity theft that tax pros can easily miss," IRS Commissioner Chuck Rettig said in the announcement. "Identity thieves continue to look for ways to slip into the systems of tax pros to steal data. We urge practitioners to take simple steps and remain on the lookout for signs of data and identity theft. They are a critical first line of defense against identity theft."

Tax professionals are also warned, by the IRS, to “contact the IRS immediately when there's an identity theft issue while also contacting insurance or cybersecurity experts to assist them with determining the cause and extent of the loss.”

The Security Summit is looking at identity theft as the fifth of a five-part series. The identity theft portion is officially titled “Boost Security Immunity: Fight Against Identity Theft.”

Tax preparers were warned to watch out for a series of telltale signs. These include “Client e-filed returns rejected because client's Social Security number was already used on another return; more e-file acknowledgments received than returns the tax pro filed; clients responded to emails the tax pro didn't send.” They are also warned to look out for “low or unexpected computer or network responsiveness such as software or actions take longer to process than usual, computer cursor moves or changes numbers without touching the mouse or keyboard [and] unexpectedly locked out of a network or computer.”

The Security Summit is described on its website as an “unprecedented coalition of state tax agencies and the private-sector tax industry officials to begin a difficult task—fighting back against emerging criminal syndicates, based here and overseas, that were filing fraudulent returns for refunds.” It was created in 2015.

This year has been quite an eventful one for the IRS. The agency, in addition to the normal tax season, has distributed the stimulus checks from the American Rescue Plan, and more recently the expanded child tax credit, which has gone out to Americans once a month starting in July. The Biden Administration has proposed giving the IRS more funding, and even proposed greater IRS enforcement, as a way to pay for his proposed spending packages. However, Republicans in Congress have pushed back on that idea.

In a fact sheet for his American Families Plan, the Biden administration laid out how that enforcement would work.

“A recent study found that the top one percent failed to report 20 percent of their income and failed to pay over $175 billion in taxes that they owed. But today, the IRS does not even have the resources to fully investigate this evasion. As a result of budget cuts, audit rates on those making over $1 million per year fell by 80 percent between 2011-2018,” according to the fact sheet. “The President’s proposal would change the game—by making sure the wealthiest Americans play by the same set of rules as all other Americans.”