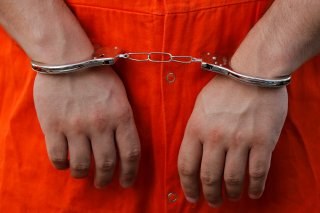 A New York man has pled guilty to federal charges that he improperly collected $33,812.00 in Social Security retirement benefits.

The sixty-six-year-old man has pleaded guilty to the charge of theft of Social Security retirement benefits, according to a press statement issued by the U.S. Attorney’s Office for the Northern District of New York.

The public announcement stated that the man “admitted that from November 2016 until July 2018, he erroneously received a total of $33,812.00 in Social Security retirement benefits issued under the social security number and name of another person, and that he spent the benefits despite knowing that the benefits were not his and that he was not entitled to them.”

Pat Lohmann, a reporter for syracuse.com, described in greater detail what happened in the case.

When the man first applied for Social Security in 2016, “the Social Security Administration entered the last digit of his SSN incorrectly resulting in his claim being processed under the name of a different person.” Once the man’s application was approved, he began receiving two payments—and never notified the SSA of the discrepancy, which he was required to do.

The SSA ultimately spotted the error in 2018.

Sentencing has been scheduled for the end of November. The defendant faces “up to 10 years in prison, up to 3 years of supervised release, and a fine of up to $250,000 as a result of his conviction.” He has agreed to pay restitution.

The charges followed an investigation by the Social Security Administration’s Office of the Inspector General.

The New York case is part of a rash of recent indictments and convictions of people who have improperly collected Social Security benefits or stolen them from others.

A Nevada man collected Social Security checks that had been sent to his dead father, even several years after the rightful recipient had died, according to a recent guilty plea. A Boston man, last month, was charged with Social Security Fraud and Aggravated Identity Theft, after he used someone else’s information to apply for a driver’s license and passport. The Boston man was charged with one count each of false representation of a Social Security number, making a false statement in an application for a passport and aggravated identity theft.

Also in the Boston area, a Dominican man pled guilty to charges of false representation of a Social Security number and making a false statement relating to health care matters after he admitted that he used someone else’s identity to obtain a Massachusetts driver's license and ID card. Also, the man admitted to improperly obtaining federally funded MassHealth benefits for five years.