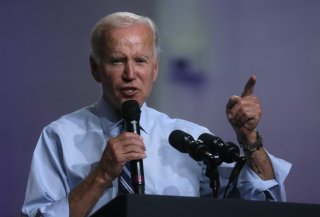 In 2005, early in his second term, President George W. Bush moved to partially privatize Social Security. Even though it was at the top of the president’s second-term agenda, the effort failed relatively quickly.

“By early summer the initiative was on life support, with congressional Democrats uniformly opposed and Republicans in disarray. After Hurricane Katrina inundated what remained of the President’s support, congressional leaders quietly pulled the plug. By October, even the President had to acknowledge that his effort had failed,” according to a 2007 Brookings Institution analysis of the episode.

Few politicians have made Social Security a big part of their agendas in the years since. But now, the future of that program has become an unlikely major issue in the 2022 midterms elections.

According to NBC News, that has come from some Republicans calling for changes to how Social Security works while their Democratic opponents have sought to take advantage.

“Maybe we should privatize Social Security. Right? Private retirement accounts, get the government out of it,” Blake Masters, the Republican candidate for the Senate seat in Arizona, said at a forum this summer, although he later backtracked.

Sen. Ron Johnson (R-WI), an incumbent who is running for re-election this November, had said in an interview that Social Security and Medicare should become “discretionary” spending programs. In both cases, the Democratic opponents have sought to make hay of those comments, including in advertisements.

The first indication of this emerging dynamic came earlier this year, when Sen. Rick Scott (R-FL), chairman of the Republican Senatorial Campaign Committee (RSCC), issued an “11-Point Plan to Rescue America,” which included the idea of making all federal legislation sunset after five years. This was quickly interpreted to apply to Social Security.

The plan was quickly disavowed by Senate Republican leader Mitch McConnell (R-KY) and has barely come up during the campaign season, except for opponents pointing out the “sunsetting” provision.

The Democrats, in their election messaging, have not been calling for any specific Social Security reforms, but rather promising to stand in the way of the Republican proposals.

However, President Joe Biden did hint at such reforms in a video statement issued on Social Security’s “birthday” earlier this summer.

“Look, if you know me, you know I think rebuilding the middle class is the moral obligation of our time,” Biden says in the video. “Social Security allows for our seniors to retire with dignity, and me and my Democratic friends on the hill are trying to protect it and expand it.”

There are various efforts in Congress at Social Security reform, but the White House has not gotten behind any of them.