Biden Says Issues With DeSantis ‘Irrelevant’ Ahead of Florida Visit 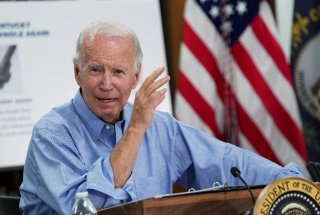 President Joe Biden on Thursday confirmed that he is committed to visiting Florida in the wake of a devastating Category 4 hurricane despite his ongoing political disagreements with the state’s Gov. Ron DeSantis, The Hill reported.

When asked about his relationship with the Republican governor at the Federal Emergency Management Agency’s headquarters, Biden replied: “It’s totally irrelevant, but I’ll answer it.”

“He complimented me, he thanked me for the immediate response we had, he told me how much he appreciated it,” he continued. “This is not about anything having to do with our disagreements politically, this is about saving people’s lives, homes and businesses. That’s what this is about.”

Earlier on Thursday, Biden signed off on a major disaster declaration for Florida, which will provide a 100 percent federal cost share for debris removal and emergency protective measures.

Biden noted that his visit to the state would largely depend on the ongoing recovery efforts.

“Everyone hard at work in Florida right now deserves our thanks. When the conditions allow it, I’m going to be going to Florida to thank them personally, so we don’t get in the way,” he said.

“We know many families are hurting. Our entire country hurts with them,” he continued. “My message to the people of Florida and to the country: At times like this, America comes together. We're going to pull together as one team, as one America.”

Biden added that he will also visit Puerto Rico, which was slammed by Hurricane Fiona earlier this month.

Meanwhile, DeSantis, seen as a potential 2024 presidential candidate, has been the target of criticism along with Sen. Marco Rubio (R-FL) for voting against a federal relief package for New York and New Jersey in the aftermath of Hurricane Sandy when he was a newly elected congressman in 2013.

Sandy was the deadliest hurricane of the 2012 Atlantic hurricane season, inflicting nearly $70 billion in damage and killing more than 230 people across eight countries.

“Just a reminder to New York … Marco Rubio and Ron DeSantis (who was in Congress at the time) voted against aid for Hurricane Sandy,” Yuh-Line Niou, a New York state assembly member, wrote on Twitter.

“But because we are New York, we care about everyone. Even when they don’t care about us,” she continued.

“I fully support whatever federal aid is needed for Florida for Hurricane Ian—because it affects America,” he added.