Biden Should Worry: Rising Cost of Living Has 90 Percent of Voters Worried 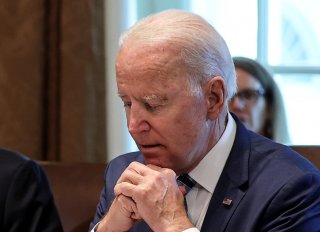 The vast majority of voters say they are concerned about the rising cost of living in America, according to a new poll.

The findings were first reported by Punchbowl News.

The poll’s results come as President Joe Biden has been under intense scrutiny for rising inflation across the U.S. Republican lawmakers and campaign committees have largely seized on the surge in prices on goods and services to blast Biden’s economic agenda.

Inflation has grown to be a major area of concern among voters, as a Fox News poll also indicated that eighty-two percent of participants said they were worried about inflation. The same poll reported that seventy-seven percent of respondents were concerned about taxes.

Federal Reserve Chairman Jerome Powell also noted earlier this month that inflation had jumped considerably and “will likely remain elevated” in the upcoming months before “moderating.”

The pandemic has ignited a slew of supply constraints and gridlocks, prompting price increases for goods and services, “which should partially reverse as the effects of the bottlenecks unwind,” Powell said in testimony before the House Financial Services Committee.

“The incoming inflation data have been higher than expected and hoped for, but they’re actually still consistent with what we’ve been talking about,” Powell added, as inflation has been derived from a “small group of goods and services that are directly tied to the reopening of the economy.”

The Labor Department also recently released that its consumer-price index jumped 5.4 percent last month compared to one year earlier. When omitting volatile food and energy categories, prices increased 4.5 percent from a year earlier, the most in nearly three decades. The producer-price index, a separate inflation measure that is used to monitor the prices that businesses get for their goods and services, spiked 7.3 percent in June compared to a year earlier, up from a 6.6 percent increase in May.

The American Action Network poll was commissioned by the Tarrance Group and American Viewpoint. The poll surveyed 1,009 voters in 51 battleground House districts from June 22 to 29 and has a margin of error of 3.1 percent.