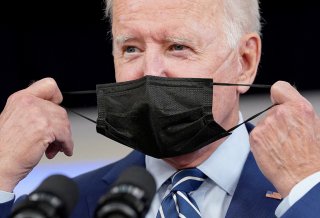 The president, who is “fully vaccinated and twice boosted,” is experiencing “very mild symptoms,” according to a statement from White House press secretary Karine Jean-Pierre.

Biden will isolate at the White House and will “continue to carry out all of his duties fully during that time,” which will include planned meetings that will now take place over Zoom.

Biden had successfully avoided the virus during the entirety of the 2020 campaign and his first year and a half as president. He participated in the first presidential debate with then-President Donald Trump in 2020, days before Trump tested positive for the virus.

On more than one occasion, Biden’s aides have talked about how important they think it is for the president to avoid the virus, especially considering his age.

During the campaign in the fall of 2020, Politico reported that Biden’s campaign “obsessed” over keeping the candidate from getting the virus.

“Joe Biden’s chartered airplanes and SUVs are meticulously sprayed with disinfectant and scrubbed,” the report said. “The microphones, lecterns and folders he uses are wiped down in the moments before his arrival. News reporters covering the campaign have their temperature taken. People he meets are scanned in advance with thermometer wands and guests at his events are cordoned off in precise locations mapped out with a tape measure,” Politico’s report added.

During Biden’s trip earlier this month to Israel and Saudi Arabia, the New York Times wrote about Biden’s “no handshake” policy, which was related to his effort to avoid the virus, although the president did appear to forget the policy when he shook hands with former Israeli prime ministers Benjamin Netanyahu and Naftali Bennett. He later fist-bumped Saudi crown prince Mohammed bin Salman.

“We’re in a phase of the pandemic now where we are seeking to reduce contact,” Jake Sullivan, the national security advisor, told the press. “I can’t speak to every moment and every interaction and every movement. … That’s just a general principle we’re applying.”

Biden has often acknowledged the pandemic during his public appearances, including in his speech this spring at the White House Correspondents Association Dinner.

“I know there are questions about whether we should gather here tonight because of COVID,” the president said, per the AP. “Well, we’re here to show the country that we’re getting through this pandemic.”