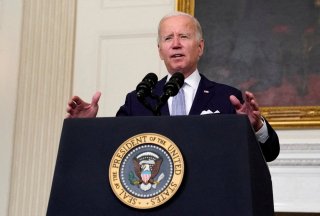 With less than three weeks to go until the federal student loan repayment moratorium expires, millions of borrowers are still unsure whether they will have to restart payments beginning September 1.

Along with potentially extending the pause for the seventh time, the White House has suggested that President Joe Biden is indeed considering wiping clean $10,000 of student loan debt per borrower, excluding those who earn more than $125,000 a year.

On Tuesday, White House Press Secretary Karine Jean-Pierre told reporters that Biden’s highly anticipated decision would come before the end of the month.

“We’re just going to continue to assess our options for cancellations … so no decisions have been made on that [yet]. And the president has made clear it will—he’ll have something before August 31,” she said.

“When it comes to the cancellation … the president understands firsthand the burden that a student loan has on families,” she added.

In another sign of a likely student loan repayment pause, per the Wall Street Journal, the Education Department has already been telling student loan servicers not to contact borrowers about resuming payments.

Meanwhile, according to a new Politico report, White House officials plan to meet with student debt activists and advocacy groups this week. The White House described the gathering as “an opportunity for you to share your priorities on student debt relief.”

“The virtual meeting … is the latest sign that the White House is seriously considering canceling some amount of student loan debt as Biden advisers weigh the election-year political consequences of such a decision,” the news outlet wrote.

Since taking office, Biden has canceled nearly $26 billion of student loan debt for more than 1.3 million borrowers. In late June, the administration announced that it would forgive the federal student loan debts of about 200,000 borrowers, totaling $6 billion, who claimed in a class action lawsuit that they were defrauded and misled by their schools. Despite these actions, the nation’s student loan debt is still roughly $1.75 trillion, according to data compiled by the Federal Reserve Bank of St. Louis.

Earlier this month, a report released by the U.S. Government Accountability Office (GAO) found that the U.S. Department of Education is expected to lose nearly $200 billion from federal student loans made over the last twenty-five years. From 1997 to 2021, the Education Department estimated that payments from student loans would generate $114 billion. However, the GAO discovered that, as of 2021, the program had cost the federal government $197 billion.

Much of the blame was placed on the Covid pandemic-era moratorium on most federal student loan payments. Many borrowers haven’t made payments in more than two years, and, in the meantime, interest on those loans has not accrued.