Bill in Congress Would Change How Social Security Works 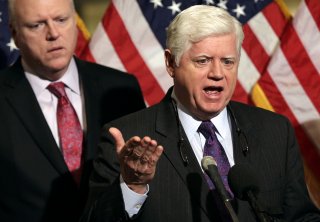 Social Security has been in the news a lot in recent months. First, the Social Security Administration released a report stating that the main trust fund that finances the program will deplete a year earlier than previously believed unless Congress takes action. Secondly, the long-awaited report came out revealing that the annual cost-of-living adjustment (COLA) for Social Security this year will be 5.9 percent, the largest increase since the early 1980s.

One congressman is planning to introduce legislation that would change how Social Security works.

Rep. John B. Larson (D-Conn.), the chairman of the House Ways and Means Social Security Subcommittee, has introduced legislation that would reform Social Security in several key ways. In the proposal, titled Social Security 2100: A Sacred Trust, Larson proposes increasing benefits now, protecting benefits in the future, and funding it by “making millionaires and billionaires pay their fair share,” by applying the Social Security payroll tax to wages above $400,000, and using the Consumer Price Index for the Elderly for the purpose of calculating benefits.

The legislation would also push the depletion date back to 2038 while establishing a new Social Security Trust Fund, which would combine the existing Old-Age and Survivors and Disability Insurance.

The bill “provides an increase for all beneficiaries that is the equivalent to about 2% of the average benefit. The US faces a retirement crisis and a modest boost in benefits strengthens the one leg of the retirement system that is universal and the most reliable,” according to Larson’s website.

In addition, the proposal will change how COLA works.

“[The bill] improves the annual cost-of-living adjustment (COLA) formula to better reflect the costs incurred by seniors through adopting a CPI-E formula. This provision will help seniors who spend a greater portion of their income on health care and other necessities. Improved inflation protection will especially help older retirees and widows who are more likely to rely on Social Security benefits as they age.”

Other provisions include setting the minimum benefit 25 percent above the poverty line, while also tying it to wage levels. The bill would also repeal the Windfall Elimination Provision and Government Pension Offset, offer caregiver credits, and extend benefits for students through age twenty-two.

According to 401K Specialist, Larson’s introduction of the bill has been delayed, due to scheduling conflicts. It’s not clear how much support the framework has in Congress currently; the Biden Administration, currently focused on the “Build Back Better” reconciliation package, does not appear to have endorsed it.