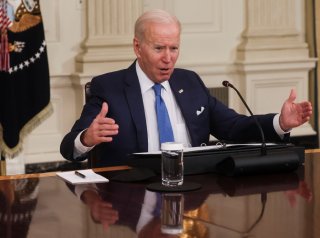 The expanded child tax credit was a government initiative that appeared by all metrics to have served its intended purpose, in this case dramatically reducing child poverty. The credit was enacted as part of the American Rescue Plan Act of 2021, the pandemic-era rescue package signed by President Joe Biden in March of his first year in office. It entailed direct payments to nearly all American families, each month in the second half of 2021.

However, the expanded tax credit was set to expire at the end of 2021, and efforts to extend it by another year failed when the “Build Back Better” package failed to pass the Senate at the end of that year. Since then, many states have passed their own versions of child tax credits, but the federal version has not been revived. The Inflation Reduction Act earlier this year contained many of the Build Back Better provisions, but not the tax credit.

This week, the president called for a return of the expanded child tax credit. Speaking Wednesday at the White House Conference on Hunger, Nutrition, and Health, Biden touted the credit and called for its return.

“Overwhelmingly, working families used the Child Tax Credit to buy food and other basic needs for their families. And it helped cut child poverty by nearly 50 percent in the United States — 50 percent… And it cut food insecurity for families by 26 percent,” the president said, per a White House transcript.

“The expanded Childcare Tax Credit is one of the most effective programs we’ve ever seen.  And that’s why my national strategy calls on Congress to expand the Child Credit permanently,” he added.

The statement did not represent any change in Biden’s position, whose stated policy preference has been to bring the credit back. But the president has not talked about the credit regularly of late.

Since the return of the child tax credit failed by one vote in the Senate, its revival would likely depend on the Democrats expanding their Senate majority and retaining control of the House. It would also require Democrats not to be spooked by the prospect that the return of direct payments would make inflation worse.

This week, the journalist Jeff Greenfield wrote an op-ed for Politico about the end of the tax credit.

“It seems the battle for Congress is being fought in the nation’s middle-class suburbs, and that for Democrats, the votes will be won or lost on the issues of abortion, immigration, crime and the danger of Trumpism. The rescue of millions of children from poverty does not seem likely to resonate in the 2022 battlegrounds. And there may be broader currents at work,” he wrote.