California Is Giving Out Another Stimulus Check (Not Everyone Is Happy) 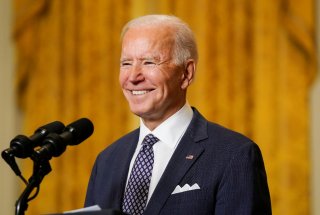 The $1,400 checks from the American Rescue Plan are continuing to go out, although there are indications that the Treasury Department is nearing the end of distributing them.

But if you live in California, you may have another check on the way.

Gov. Gavin Newsom earlier this year signed the Golden State Stimulus into law, providing  a one-time payment of $600 or $1,200 to eligible recipients in the state. The payments, which began rolling out earlier this spring, are meant to “support low-income Californians” and “help those facing a hardship due to COVID-19.”

California is able to afford the payments due to a major budget surplus.

“California’s improving revenue picture is another sign of the growing light at the end of the tunnel as we recover and rebuild from the pandemic,” the governor said in a statement back in March. “In partnership with the Legislature, we’ve ensured much of these revenue gains are providing immediate relief for individuals and families through the Golden State Stimulus, and for struggling small businesses.”

Beyond that, Newsom announced earlier this month a plan for California to expand small business benefits to $4 billion.

However, Newsom’s plan has run into some resistance, both from the business community and rival politicians, according to a recent news report.

Fox News reported last week that some small business owners are rejecting the idea of additional stimulus and aid.

"We have had ads for over two months for cooks and servers, and either we don't get any applicants or when we get them, they don't show up," Pam Nusser, a small business owner, told the network. "People are demanding a certain amount of money per hour that is just totally ridiculous, or they are wanting cash. We can't compete with the government right now.”

John Cox, who is running for governor of California in the proposed recall election, expressed similar sentiments in the same segment.

"Newsom is running around the state giving out money to people," Cox told Fox News, "and what people don't realize is that the cost of living is soaring instead of doing permanent things that would reduce the cost of living and reduce tax burdens… the people of this state, in particular in California, are going to rise up, and want a lower cost of living, lower taxes and a chance to have a good opportunity to have a small business just like Pam.”

An AP analysis recently looked at the potential recall election, and indicated that Newsom has improved his position in recent months.

“A fading coronavirus crisis and an astounding windfall of tax dollars have reshuffled California’s emerging recall election, allowing Democratic Gov. Gavin Newsom to talk about an end to most COVID-19 restrictions and propose billions in new spending as he looks to fend off Republicans who depict him as a foppish failure,” the story said.