Call the Bank! New Batch of $1,400 Stimulus Checks Heading Out This Week 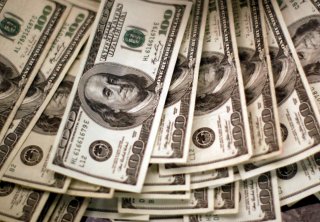 It appears that the Internal Revenue Service and the Treasury Department are set to disburse another one to two million $1,400 coronavirus stimulus checks that will be part of the tenth batch of payments under President Joe Biden’s American Rescue Plan.

Just last week, the ninth batch of checks boosted the total figure sent out to date to approximately one hundred sixty-five million with a value of $388 billion.

The newest numbers now represent more than 86 percent of the $450 billion total earmarked for the third round of stimulus funds.

According to the IRS press release, it further revealed that out of the nearly one million payments worth $1.8 billion, about five hundred thousand of them were sent out via direct deposits and the remainder as paper checks or prepaid debit cards.

Once again, the majority of the new payments—approximately five hundred thousand—went to recent tax filers who previously did not have the necessary information on file at the IRS.

“Filing a 2020 tax return will also assist the IRS in determining whether someone is eligible for an advance payment of the 2021 Child Tax Credit, which will begin to be disbursed this summer,” the agency added.

On Monday, the Biden administration announced that nearly forty million American families will start receiving monthly direct cash payments on July 15 through the expanded child tax credits. Amid the ongoing pandemic, these credits have been extended to even more families—and many of them are now eligible to collect as much as $3,600 per year for a child under the age of six and up to $3,000 for children between the ages of six and seventeen.

The ninth batch also targeted those who have been patiently waiting for the so-called “plus-up” or supplemental checks, as it included four hundred sixty thousand of such payments.

According to the IRS, these particular funds are “for people who earlier in March received payments based on their 2019 tax returns but are eligible for a new or larger payment based on their recently processed 2020 tax returns. … These ‘plus-up’ payments could include a situation where a person’s income dropped in 2020 compared to 2019, or a person had a new child or dependent on their 2020 tax return and other situations.”

To date, the agency already has sent out more than six million of these supplemental payments.

Ethen Kim Lieser is a Minneapolis-based Science and Tech Editor who has held posts at Google, The Korea Herald, Lincoln Journal Star, AsianWeek, and Arirang TV. Follow or contact him on LinkedIn