Can Biden Do Anything About Gas Prices? 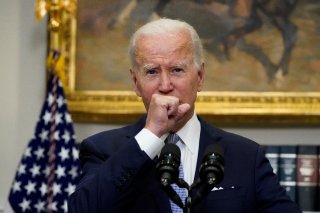 Volatility in gas prices continues, with the average price dropping once again this week. According to GasBuddy, the average gas price in the United States has dropped 9.3 cents from a week ago to $3.77 per gallon. Gas prices are still up 10.2 cents from this time a month ago.

It’s been a different story in different parts of the country, GasBuddy said.

“Average gas prices have declined for the second straight week with significant declines in the West and Great Lakes having an oversized effect on the drop in the national average,” Patrick De Haan, head of petroleum analysis at GasBuddy, said in the company’s weekly report, which found that $3.49 per gallon is the most commonly encountered price in the country.

“With oil prices struggling a bit after reaching $93 after OPEC+’s decision to cut production, many regions could see falling gas prices again this week as demand continues to decline seasonally, especially if more data points to a significant economic slowdown. While gasoline prices have seen a large drop, diesel prices have been somewhat mixed, with prices heading higher in the Northeast as inventories drop to extremely tight levels ahead of the heating oil season. Motorists are reminded that the decline in gasoline prices is seasonal and should continue into the fall, and is unrelated to the coming election. Seasonality is king in driving prices, not the desires or hopes of politicians,” De Haan continued.

AAA’s weekly report also saw a drop in the average price. AAA reported a six-cent drop from the previous week, to $3.82.

“Although gasoline demand is up slightly, it remains nearly 1 million bbl lower than mid-October 2021,” AAA said. “Coupled with fluctuating oil prices, low demand has contributed to the national average moving downward. If demand continues to remain low, as oil prices slide, drivers should see pump prices come down through the weekend.”

The New York Times this week ran an op-ed by Ellen R. Wald, author of Saudi, Inc.: The Arabian Kingdom’s Pursuit of Profit and Power, arguing that “Biden can’t do much about oil prices.”

The No Oil Producing and Exporting Cartels bill, or NOPEC, is before Congress, and it would allow the Justice Department to sue OPEC members. But Wald argued that this could hurt U.S. consumers, too.

“The Biden administration simply has no legislative or legal avenues to retaliate against Saudi Arabia that wouldn’t also hurt American consumers, because we are part of the global oil economy,” she wrote. “The most effective action to counteract the cut in Saudi oil production would be to ease the regulatory burden and offer unabashed support for the American oil and gas industry. This would lower global oil prices and cut into Saudi Arabia’s oil profits.”