Can Biden Stop the Republicans From Slashing Social Security? 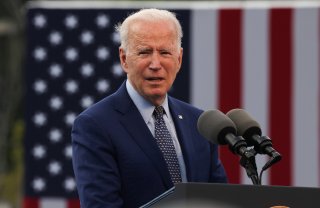 It’s one of the most dependable cliches in American politics: The deficit and spending are major political issues when there is a Democratic president and a Republican-controlled Congress, but much less so in any other scenario, especially Republican presidencies.

This was the case during the latter parts of both the Clinton and Obama presidencies and appears likely to become the case again should Republicans take control of one or both houses of Congress in the upcoming midterm elections.

House Minority Leader Kevin McCarthy, who is in line to become speaker in the event of a Republican takeover of the House majority, said in a recent interview that cutting spending would be a priority should the GOP take over the House.

“You can’t just continue down the path to keep spending and adding to the debt,” McCarthy told Punchbowl News. “And if people want to make a debt ceiling [for a longer period of time], just like anything else, there comes a point in time where, okay, we’ll provide you more money, but you got to change your current behavior. We’re not just going to keep lifting your credit card limit, right? And we should seriously sit together and [figure out] where can we eliminate some waste? Where can we make the economy grow stronger?”

This suggests that the GOP would pursue similar strategies as what they did after they took over the House, in 2010, during the Obama Administration, when Republicans tried to force spending cuts by threatening not to raise the debt ceiling.

Punchbowl asked McCarthy if he “intended to try to reform entitlements as part of the debt ceiling debate,” McCarthy answered that he would not “predetermine” anything about that.

It’s also been interpreted, by Democrats, as a threat to cut Social Security and Medicare. That was stated by the office of House Speaker Nancy Pelosi, whom McCarthy is seeking to replace.

“Leader McCarthy is just the latest of a growing list of extreme MAGA Republicans who have not-so-subtly suggested brutal cuts on Medicare and Social Security,” Pelosi’s office said. “On Sunday, House Whip Steve Scalise admitted to Fox News that the Republican Study Committee’s plan to raise the retirement age, privatize Social Security and slash Medicare is what the GOP really means when it says they want to ‘shore up & strengthen’ these programs.”

Promises to avoid changes to Social Security have been a larger-than-expected part of the Democrats’ pitch this fall, with President Biden declaring Democrats will deliver “stronger” Social Security while Republicans threaten it, should they gain the majority in Congress next year.