Can This Bipartisan Bill Protect the Electoral Count Process? 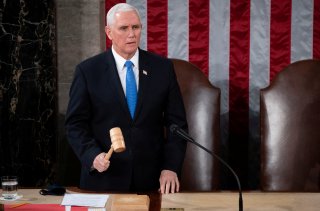 On Wednesday, Reps. Josh Gottheimer (D-NJ) and Fred Upton (R-MI) introduced a bill that aims to reform the 135-year-old Electoral Count Act, which former President Donald Trump and his allies exploited in an effort to overturn his 2020 election loss, according to a new Axios report.

“With this bipartisan, bicameral legislation, both sides of the aisle are coming together to protect our great democracy, preserve the integrity of our elections, and prevent any attempts to undermine them,” Gottheimer said in a statement unveiling the Electoral Count Reform and Presidential Transition Improvement Act.

“Our nation’s future depends on it and the time to act is now,” he added.

Upton added that “Americans want certainty in elections, not vested parties’ interpretations of laws from the 1800s.”

“By clearly specifying the procedures for counting electoral votes, this bill provides the clarity voters need to know their vote for president matters. Further it ensures the gamesmanship of political parties will not be a factor in the longstanding presidential selection process,” he continued.

The antiquated nineteenth-century law became a primary focus of Trump’s strategy to remain in power as he pressured Republican lawmakers and then-Vice President Mike Pence to reject votes for Joe Biden from certain states during the joint session of Congress on January 6, 2021. The proposed legislation clarifies the limited role of the vice president in counting Electoral College votes and raises the threshold for members of Congress to object to states’ presidential electors.

The bill is similar to the bipartisan effort in the Senate to modernize the Electoral Count Act. That measure was co-sponsored by Sen. Susan Collins (R-ME) and Sen. Joe Manchin (D-WV), among others.

As reported by NBC News, Gottheimer and Upton believe that their legislation, which already has garnered widespread support in the Senate, has the best chance of being signed into law. Senate Majority Leader Chuck Schumer (D-NY) has stated that he wants to tackle election reform by the end of the year.

“We are very pleased that Representatives Gottheimer and Upton have introduced the House companion to our legislation that would correct the flaws in the archaic and ambiguous Electoral Count Act of 1887,” Collins and Manchin said in a joint statement.

“Their leadership helps build momentum to pass these significant and much-needed reforms. We will continue to work with our colleagues to increase bipartisan, bicameral support for this legislation,” they added.