Can Congress’ New Election Bill Stop a Repeat of January 6? 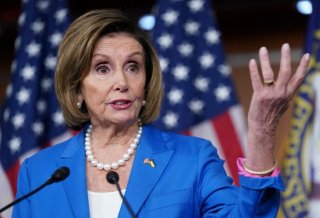 The House of Representatives on Wednesday passed a bill that aims to reform the 135-year-old Electoral Count Act, which former President Donald Trump and his allies exploited in an effort to overturn his 2020 election loss, according to a CBS News report.

That antiquated nineteenth-century law became a primary focus of Trump’s scheme to remain in power as he pressured GOP lawmakers and then-Vice President Mike Pence to reject votes for Joe Biden from certain states during the joint session of Congress on January 6, 2021.

The final vote was 229 to 203, with nine Republicans joining Democrats to support the measure. The bill, known as the Presidential Election Reform Act and written and introduced by January 6 committee members Reps. Liz Cheney (R-WY) and Zoe Lofgren (D-CA), is now headed to the Senate, where a bipartisan working group has released a similar package that is expected to be reviewed next week.

The legislation enshrines the vice president’s “ministerial” role, rendering that individual powerless to alter the electoral count. It also lifts the threshold for members of Congress to force a vote on discounting presidential electors from just one member of the House and the Senate each to a third of both chambers. Finally, the bill requires governors to send electors to Congress for the candidate deemed the winner, based on state law set before Election Day, which cannot be altered retroactively.

“If your aim is to prevent future efforts to steal elections, I would respectfully suggest that conservatives should support this bill,” Cheney said on the House floor.

“If instead, your aim is to leave open the door for elections to be stolen in the future, you might decide not to support this or any other bill to address the Electoral Count Act,” she continued.

House Speaker Nancy Pelosi said, “this is a kitchen table issue for families, and we must ensure that this anti-democratic plot cannot succeed.”

“It's a kitchen table issue because denying the American people their fundamental freedom to choose their own leaders denies them their voice in the policies we pursue and those policies can make an immense difference in their everyday lives,” she added.

“I’m not surprised at anything they do. It’s unfortunate. Because we are a better country than what we saw on January 6,” he said.