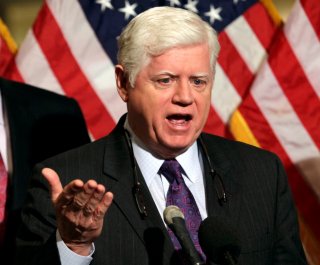 For the last several years, Democratic Congressman John Larson (D-CT) has been on a quest to save Social Security. Called Social Security 2100, the plan has nearly two hundred co-sponsors across both houses of Congress.

The latest version of the bill, which is different from how it looked in past years, would offer an improved benefit to current and new beneficiaries while dropping the current cost-of-living adjustment (COLA) formula and switching to the CPI-E formula. It would also put the new minimum benefit about twenty-five percent over the poverty line while raising taxes on high-wage earners. President Joe Biden has not specifically endorsed the bill, but Larson has adjusted it to seek the administration’s support.

Now that Larson is the chairman of the Social Security Subcommittee in the House of Representatives, he held a hearing earlier this month on the proposal, especially in light of the news earlier this fall that the main Social Security trust fund will run out in 2033, a year earlier than originally thought. At that point, benefits will need to be reduced, unless some action is taken by Congress to shore up the fund.

The idea of the bill is that it would shore up the fund’s health to push that date to 2038, giving Congress more time for a more permanent solution. A CNBC report found that the hearing evinced little support for Larson’s bill from the Republican side of the aisle, although some Republicans did express support for Social Security reform more generally.

So what's the latest on Social Security 2100? Fox Business looked at that question this week. The bill is still “struggling to gain bipartisan support,” as all of the current sponsors are Democrats.

"While I cannot support this bill, I am happy to work with Chairman Larson to get some real permanent targeted reforms enacted into law," Rep. Tom Reed (R-NY) said, per Fox Business.

Larson has said that he hopes for the bill to make it to the floor by the spring. It could conceivably pass the House with only Democratic votes, provided there were not too many defections from the Democratic side. But like most legislation these days, it would fake a tougher road in the Senate, which is closely divided 50/50, with Republican filibuster efforts likely dooming the bill unless it gets bipartisan support.

On Wednesday, reports stated that the Democrats in Congress were planning to “shelve” the Build Back Better bill, and instead make a push for voting rights legislation. A CNN report stated that talks were not going well between the president and Sen. Joe Manchin (D-WV), especially on extending the child tax credit.