Can Higher Mortgage Rates Cool Down the Housing Market? 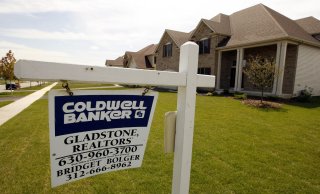 As many potential homebuyers—especially first-time ones—are well aware, closing on a home in this cutthroat housing market is getting more difficult by the day.

According to data released by the National Association of Realtors, the median price for an existing single-family home reached a record of $375,300 in March—a 15 percent jump compared to March 2021.

Per the latest Zillow Home Price Expectations Survey, real estate experts are projecting median prices to climb another 9 percent this year and about 27 percent over the next five years.

But amid this rapid surge in home prices, there is now a growing belief that fast-rising mortgage rates can throw some much-needed cold water onto what many consider to be unsustainable home price appreciation.

According to Mortgage News Daily, the average rate on the popular thirty-year fixed mortgage hit 5.27 percent on Thursday, a spike of more than 2 percentage points compared to last year, when the rate was sitting at 3.2 percent.

It appears that it is already having a sizable impact on mortgage demand. Per NBC News, weekly data from the Mortgage Bankers Association (MBA) showed that the number of mortgage loan applications trended lower by 5 percent from the previous week. “In a housing market facing affordability challenges and low inventory, higher rates are causing a pullback or delay in home purchase(s),” Joel Kan, associate vice president of economic and industry forecasting for the MBA, told the news outlet.

As reported by CNBC, the 2 percent difference in mortgage rates can add hundreds of dollars to the monthly cost of financing a home—which can surely price out many potential homebuyers with a set budget.

Redfin, though, has noted that some potential homebuyers are already sensing a slight cooling of the market. The real estate brokerage site claimed that about 12 percent of homes for sale saw a drop in price during the four weeks ending on April 3—a figure that is up by 9 percent compared to last year.

“Price drops are still rare, but the fact that they are becoming more frequent is one clear sign that the housing market is cooling,” Daryl Fairweather, Redfin’s chief economist, said in a statement. “It goes to show that there’s a limit to sellers’ power.”