Can the IRS Clear Its Massive Tax Return Backlog? 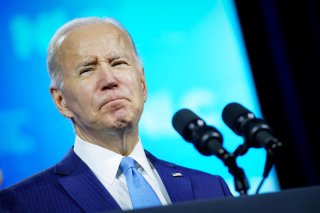 The Treasury Department and the Internal Revenue Service (IRS) have announced a concerted effort to clear the backlog of millions of pandemic-era federal tax returns and correspondence.

Much like last year’s tax season, it appears that millions of taxpayers are waiting for their tax returns to be processed so they can receive their refunds, which have become more important due to the high inflationary pressures seen across the country.

“Since the pandemic began, IRS employees have been called on to go above and beyond for the American people, and they have met the moment,” Deputy Secretary of the Treasury Wally Adeyemo said in a statement.

“But they’ve had to do so without adequate resources and funding, which is why the agency faces the challenges that it does today. The Biden Administration is committed to getting the IRS the stable, long-term funding it needs to be able to serve the American people,” he continued.

The IRS noted that in the first half of 2021, fewer than 15,000 workers were tasked with handling nearly 200 million calls, meaning that one person was responsible for every 13,000 calls.

According to its latest release, the IRS has so far processed roughly fifty-three million federal tax returns. In addition, thirty-eight million refunds worth a total of $129.2 billion have been handed out, amounting to an average refund of $3,401.

The IRS entered this current tax season with a huge backlog of nearly twenty-four million tax returns that were filed last year, according to a report in the Washington Post.

“To ensure inventory is back to a healthy level for next filing season, we are leaving no stone unturned—taking an all hands on deck approach to ensure as many employees as possible are dedicating time to return processing,” he added.

To meet this commitment, the IRS will hire 10,000 new employees over the next two years and create a new 700-person “surge team” to process new returns.

“These efforts will address the historically high inventories of paper tax returns,” the IRS release stated. “At full capacity, this surge will close millions of cases each month.”

The agency is also relying on a new automated tool to quickly correct tax return errors.

“Last filing season, any error on a tax return required manual review by an IRS processing employee, meaning that just a few dozen such returns could be processed each hour,” the IRS said. “For this filing season, the IRS developed an automated tool that dramatically expands efficiencies and has helped the IRS close 1.5 million error resolution cases in a single week.”