The Case for the Continuing Child Tax Credit 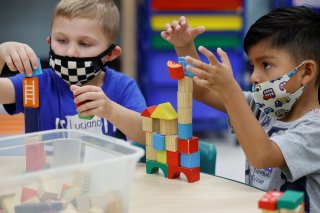 The child tax credit, which was made possible by the American Rescue Plan Act, has resulted in payments to parents with children every month between July and December.

One of the points of contention is the question of whether there should be a work requirement for the child tax credit. Sen. Joe Manchin (D-W.Va.), whose vote is almost certainly needed for the president’s Build Back Better package to pass, has demanded in interviews and op-eds that one be put in place.

A similar argument, the child tax credit will discourage work, was also made in a recent research paper written by Bruce Meyer and co-authors, published through the Becker Freidman Institute at the University of Chicago. The research paper is titled The Anti-Poverty, Targeting, and Labor Supply Effects of the Proposed Child Tax Credit Expansion. In it, Meyer argues that while the expansion would “reduce child poverty by 34% and deep child poverty by 39%,” it would also cause 2.6 percent of working parents to “exit the workforce.” Meyer also made a similar argument in an op-ed for The Washington Post.

But some people say that Meyer and his co-authors are wrong.

Yolanda Gordon of the Center for Law and Social Policy (CLASP) argues against the assertions made by the Chicago authors.

“He made extreme and unrealistic assumptions about how willing parents will be to give up work in order to live in poverty with an extra $2-3,000 per year,” Gordon said in a blog post. “Mr. Meyer’s argument stems from baseless claims that the CTC would not only increase unemployment, but it would cut child poverty by only a third. The reality is the opposite.”

Gordon went on to note that the child tax credit has made a difference already.

“My children benefit from the advanced CTC payments to help pay for essentials such as clothing, hygiene products, and for items that they need for school,” Gordon claimed. “It has lessened the weight on my shoulders to find a way to extend my budget. Parents with children, especially those in households with low incomes, have to be more creative with their budgets as their children’s needs change.”

“There are many things that would hurt children and giving parents more money to care for them is not one of those things,” Gordon said.