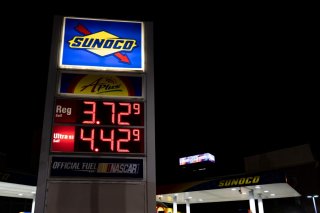 There’s no question that markets will be waiting anxiously to see the U.S. consumer price index (CPI) report on Wednesday.

Per the Financial Times, the CPI numbers are “expected to show that inflation continued to grow in April, albeit at a slightly slower pace than in previous months.”

Meanwhile, economists polled by Bloomberg are forecasting that April’s CPI climbed at a pace of 8.1 percent year-over-year, compared to 8.5 percent registered in March. According to Forbes, “to hit 8.1 percent the month-to-month inflation rate will have to fall from 2.3 percent in January, 2.6 percent in February and 3.8 percent in March to no more than 1.25 percent to hit the expected number.”

Even more importantly, the CPI numbers will help give more insight on the future path of interest rate hikes that have already rattled commodities and markets. It was just last week when the Federal Reserve announced a rare half-percentage-point rate hike and green-lighted plans to shrink its $9 trillion asset portfolio starting next month. “Inflation is much too high and we understand the hardship it is causing,” Fed chair Jerome Powell told reporters. “We’re moving expeditiously to bring it back down.”

The fifty-basis point hike, the biggest increase the central bank has approved in twenty-two years, now puts the key benchmark federal funds rate at a range between 0.75 percent and 1 percent, the highest level since the pandemic began more than two years ago. Another fifty-basis point hike will likely be given the go-ahead at the Fed’s next meeting.

Meanwhile, millions of Americans are feeling the pain due to surging gas and home prices. The national average price for regular gas rose more than $0.04 on Tuesday to $4.37 a gallon, according to AAA data, breaking the prior record of $4.33 set in mid-March.

According to CNN Business, gas “prices are up 17 cents in the past week alone (and) will only add to inflationary pressures that have raised recession fears, rocked financial markets, and soured Americans' views on the economy.” Andy Lipow, president of Lipow Oil Associates, told the news outlet that he expects prices will head higher by another $0.18 to $0.20 over the next ten to fourteen days—eventually hitting a new all-time record of $4.50 a gallon.

As for the red-hot housing market, Fannie Mae is now projecting that U.S. home prices will climb 10.8 percent over the next year. And researchers at Zillow are predicting that home prices will rise about 15 percent between March 2022 and March 2023.

This is on top of a nearly 20-percent surge in prices seen in February year-over-year, according to the latest S&P CoreLogic Case-Shiller national home price index.