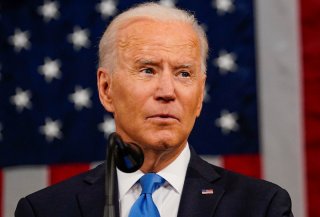 The enhanced child tax credit from President Joe Biden’s rescue package is “one of the best ways” the government can spend its money to have a direct impact on American households, an economist told CNBC.

“What I think makes this policy expansion both politically and economically feasible—and generally very good policy—is the fact that it’s targeted on families with children,” Melissa Kearney, a University of Maryland economist, said Thursday in an interview with the network’s “The Exchange.”

“Frankly, this is one of the best ways the federal government can and should be spending money from the perspective of social return,” Kearney added.

Roughly 35.2 families, worth $15 billion, received the first round of child tax credit payments this week, according to the IRS and Treasury Department. The average installment for the first round is $423 and will reach nearly sixty million eligible children.

The expanded child tax credit is one of the largest anti-poverty spending initiatives and will help lift over five million children out of poverty this year, according to the department, reducing child poverty by more than half.

The IRS also noted that the enhanced child tax credit will reach almost ninety  percent of children in the U.S.

Kearny, who is also a research associate at the National Bureau of Economic Research and a nonresident senior fellow at the Brookings Institution, told the network that “we have tons of evidence” indicating that providing additional income for families leads to boosted educational and financial outcomes for the youth and into adulthood.

Although the child tax credit was always offered to eligible parents, Biden’s rescue package increased the credit from $2,000 to $3,000 for each child between the ages of six to 17 and allowed eligible families to receive as much as $3,600 for each child under the age of six.

But parents have the option to receive the money in the form of monthly installments from July through December that range between $250 and $300. The rest of the stimulus can be claimed when parents file taxes next year.

Biden’s relief bill also allowed millions of low-income families to qualify for the child tax credit by making it fully refundable. In the past, the credit was only partially refundable, making many low-income families unable to receive the money. This will reach nearly 27 million children, which represents almost half of the Black and Latino children who have not received the credit previously, the Center on Budget and Policy Priorities reported.

“It certainly will add to spending, but most importantly, it provides support for families to be able to take care of the needs of children,” Treasury Secretary Janet Yellen said in an interview with the network.