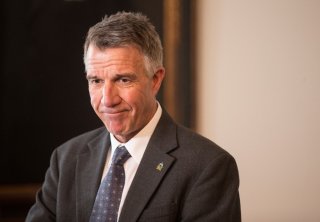 While the federal government’s expanded child tax credit may have expired at the end of 2021, one state is pursuing a credit of its own. A child tax credit bill has passed the state House in Vermont and has moved on to the Senate.

According to the Longview News-Journal, the bill “would create a refundable child tax credit of $1,200 for children age 6 and under,” with a payment scheme similar to that of the federal version in 2021: Half would be paid out in monthly installments, with the other half paid when the person’s income tax return is filed.

According to the Vermont state legislature’s website, the bill is now in the state Senate and is under consideration by the Senate Committee on Finance, to which it was referred on February 11. However, it’s unclear what Gov. Phil Scott, a Republican, will do with the legislation if it reaches his desk.

When the expanded child tax credit passed last year at the federal level, various studies showed that it succeeded in reducing child poverty. Now that it has expired, another study found that poverty has again increased.

Columbia University’s Center on Poetry & Social Poverty issued a report on February 17 that found the monthly child poverty rate “increased from 12.1 percent in December 2021 to 17 percent in January 2022,” with 3.7 million more children in poverty in the first month without the credit.

"Between July and December 2021, the Internal Revenue Service (IRS) paid out six months of advance Child Tax Credit payments worth up to $250 per child aged 6 to 17 and up to $300 per child aged under 6, reaching over 61 million children in over 36 million households,” the Center’s study said. “On its own, the monthly Child Tax Credit kept 3 million children from poverty in July; by December, it was keeping 3.7 million children from poverty and reducing monthly child poverty by 30 percent. A roundup of the available research reveals that the monthly Child Tax Credit payments buffered family finances amidst the continuing pandemic, increased families’ abilities to meet their basic needs, reduced child poverty and food insufficiency, and had no discernable negative effects on parental employment.”

Politicians have been citing the report since its publication last week. Notably, Rep. Alexandria Ocasio-Cortez (D-NY) blamed Sen. Joe Manchin (D-WV) for blocking the passage of the Build Back Better bill, which would have extended the credit by an additional year.

“One US Senator ‘heard stories’ about people allegedly using the Child Tax Credit ‘for drugs’ without any evidence or data to back it up,” Ocasio-Cortez said in a Twitter post that shared the report. “He then used that as justification to nuke the entire national program, causing millions of kids to fall into poverty in weeks. Horrifying.”