Child Tax Credit: All of Your Questions Answered Here 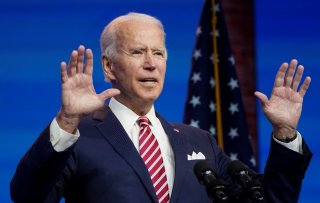 It now appears that many Americans’ attention has pivoted from the $1,400 coronavirus stimulus checks to the expanded child tax credit.

“With today’s announcement, about 90 percent of families with children will get this new tax relief automatically, starting in July,” Biden said in a statement.

In order to make sure that these eligible families are getting the financial support that they are entitled to, the Internal Revenue Service has urged parents to file their tax returns as soon as possible.

If the May 17 extended deadline passes, do take note that individuals have the option to file by the October 15 tax filing extension deadline. If one chooses this route, be aware that the payments will be delayed and that taxpayers are still responsible for interest and penalties that could continue to accrue on any tax owed.

It was Biden’s legislation that was able to expand child tax credits that generally allowed families to claim a credit of up to $2,000 for children under the age of seventeen. Due to the ongoing pandemic, they have been extended to even more families—and they are now able to collect as much as $3,600 per year for a child under the age of six and up to $3,000 for children between ages six and seventeen.

Also, be aware that there have been reports of some individuals opting out of these payments due to tax implications. Declining the funds would help protect the taxpayer if his or her financial situation changes throughout the year—potentially triggering an overpayment that would eventually need to be paid back.

Keep in mind that these advanced payments are largely based off the agency’s estimates on available data, such as overall income, marital status, and number and age of qualifying dependent children.

The IRS has announced that it will launch portals for the child tax credit payments by July 1, so that taxpayers’ information can be updated more conveniently.

“Eligible taxpayers who do not want to receive advance payment of the 2021 Child Tax Credit will have the opportunity to decline receiving advance payments,” the IRS stated.

“Taxpayers will also have the opportunity to update information about changes in their income, filing status or the number of qualifying children. More details on how to take these steps will be announced soon,” it added.