Child Tax Credit Update: The One Thing That Could Impact Your Stimulus Money 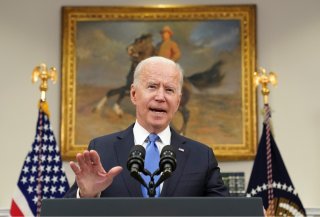 In only about a month, the Internal Revenue Service will begin disbursing the newest “stimulus” checks to eligible Americans.

These enhanced child tax credits, made possible via President Joe Biden’s American Rescue Plan, will allow families to claim a credit of up to $3,600 per year for a child under the age of six and up to $3,000 for children between ages six and seventeen. The figures amount to a $250 or $300 cash payment each month till the end of the year.

Do take note that the first batch of credits will land in bank accounts beginning on July 15. Then the following payments are slated to be made on August 13, Sept. 15, Oct. 15, Nov. 15, and Dec. 15. The funds will be disbursed either by direct deposit or by paper check sent via USPS, according to the IRS.

As many parents prepare to incorporate this newest cash windfall into their monthly budgets, one of the more common questions currently being raised is regarding babies that are born this year—and whether parents are eligible to get an extra boost in the credit payments.

For those who have already filed their tax returns and the baby wasn’t born yet, the IRS likely won’t know anything about the newest member of the family. But it appears that the agency has been preparing for this type of situation, as it has already announced that portals for child tax credits will be up and running by July 1.

These portals can be used to update and adjust personal financial information and any changes to child dependents, according to the agency.

“Later this year, individuals and families will also be able to go to IRS.gov and use a Child Tax Credit Update Portal to notify IRS of changes in their income, filing status, or the number of qualifying children; update their direct deposit information; and make other changes to ensure they are receiving the right amount as quickly as possible,” according to the IRS.

Another option for parents of newborns is to forego any monthly checks this year, but that will likely make them eligible to receive a one-time lump sum during tax season next year.

“Eligible taxpayers who do not want to receive advance payment of the 2021 Child Tax Credit will have the opportunity to decline receiving advance payments,” according to the IRS.

The agency also recently announced that it has begun sending letters to more than thirty-six million American families who may be eligible to receive the monthly credit payments. It added that a second, personalized letter will follow, which will state the estimated total amount of monthly checks.