The Child Tax Credit Was Expanded for One Year. Should It Go Longer? 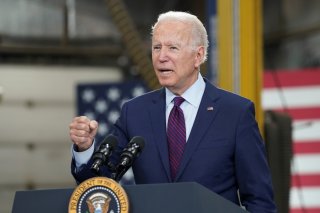 Starting on July 15, the IRS will begin to distribute the advance payments for the expanded Child Tax Credit. These payments will go out to thirty-six million households, covering roughly nine out of every ten children in the United States; payments will range from $250 to $300 per child per month, depending on their age.

The expanded Child Tax Credit was originally conceived as a pandemic relief measure. As part of the March 2021 American Rescue Plan Act, President Biden both expanded the payments, which were originally set at $2,000 per child per year. The measure increased them to $3,000 for children six years old and up and $3,600 for children below the age of six years old and provided for their advance delivery. In previous years, the tax credit was simply claimed as a rebate on one’s tax bill in April.

However, given the measure’s popularity and its predicted effectiveness, many Democrats are arguing that the increased payments should become the norm, rather than a pandemic-induced one-off. If the American Families Plan, Biden’s ten-year relief plan for American families impacted by the pandemic, were passed, the expanded Child Tax Credit would be extended until 2025. Some Democrats have gone even further, suggesting making the new level of payments permanent.

The reasons for the increase are numerous, but they boil down to two separate ideas: an enlarged Child Tax Credit will help the economy writ large, and it will also help the individual welfare of families and children impacted by the pandemic. Fighting Chance for Families, a progressive advocacy group, has claimed in a social media post that a permanently expanded Child Tax Credit “would . . . be a massive shot in the arm for the overall economy & help put us on track for long-term growth that benefits everyone, not just the wealthiest few.”

During the pandemic, “between 5 million and 9 million children lived in households where they did not eat enough because their families could not afford food, and 1 in 3 adults in households with children reported difficulty covering usual expenses such as rent, food and medical costs,” according to the Center for American Progress. If expanded, the CAP argues, the Child Tax Credit could cut these numbers dramatically by providing emergency cash relief for struggling families.

Progressive groups have also lauded Biden for making the Child Tax Credit fully refundable, meaning that a family will receive it even if it does not ordinarily pay taxes. However, this measure has attracted pushback from Republicans on Capitol Hill, such as Sens. Marco Rubio and Mike Lee, who criticized the program’s transformation from “tax relief for working parents” to “welfare assistance.”

Prior to 2021, the tax credit was simply a tax credit; a family could only make use of it if they could deduct it from an existing tax bill.