Child Tax Credit: When Will You Get Your $3600 'Stimulus Check'? 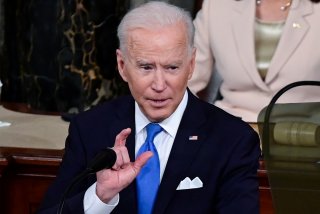 Biden’s child tax credit sends eligible families as much as $300 per child on a monthly basis from July through December. More than 90 percent of all families with children will receive an average tax benefit of $4,380, according to the Tax Policy Center.

The center reported that the child tax credit benefit will “now deliver more cash support to low-income children than any other federal program, at least for one year.”

The president’s rescue package increased the child tax credit from $2,000 for each child under the age of seventeen to $3,000, and those with children under the age of six qualify for $3,600. It also made the credit fully refundable for 2021, as it was previously only refundable for up to $1,400 per child and families needed to earn at least $2,500 to qualify for the aid. That means families without any income couldn’t receive some of or nearly all of the old child tax credit.

Similar to the qualifications for the stimulus payments from Biden’s relief bill, individuals earning up to $75,000 are eligible for the full enhanced credit amount, as well as joint filers making up to $150,000 and heads of households earning up to $112,500. The amount will then drop by $50 for each $1,000 in income above these caps.

The IRS will start issuing the child tax credit payments on July 15, followed by August 13, September 15, October 15, November 15 and December 15.

The agency will also send a letter to more than thirty-six million families who may qualify for the enhanced credit based on their 2019 or 2020 federal income tax return. The IRS noted that qualifying families who used the “non-filers tool” on the agency’s website last year to formally register for a stimulus payment will also get a letter in the mail.

The IRS said it will send out a second letter to eligible families with an estimate of their monthly payment amount, which will start being distributed next month.

The White House has called on Congress to extend the child tax credit through 2025 under the American Families Plan, but several congressional Democrats have pushed for the credit to be permanent.

“Expansion of the Child Tax Credit is the most significant policy to come out of Washington in generations, and Congress has an historic opportunity to provide a lifeline to the middle class and to cut child poverty in half on a permanent basis,” a group of lawmakers wrote in a letter to the president earlier this year. “No recovery will be complete unless our tax code provides a sustained pathway to economic prosperity for working families and children. Permanent expansion of CTC will continue to be our priority.”