Child Tax Credit: Will You Have to Repay This Stimulus Check to the IRS? 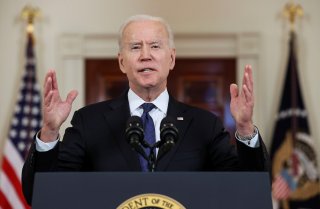 After that date, know that these potentially sizable payments are expected to continue to be made on August 13, Sept. 15, Oct. 15, Nov. 15, and Dec. 15, according to the agency.

Do take note that Biden’s stimulus bill enabled the expansion of child tax credits that generally allowed families to claim a credit of up to $2,000 for children under the age of seventeen. But amid the ongoing pandemic, these generous funds have been extended to even more struggling families—and they can net as much as $3,600 per year for a child under the age of six and up to $3,000 for children between ages six and seventeen.

Broken down further, what this means is that eligible parents can collect a $250 or a $300 payment per child each month through the end of the year.

But what has been on the minds of many of these parents is that they are wondering if they have to repay the money to the IRS come tax time next year. To avoid such a precarious situation, some parents are willing to opt-out of the monthly payments. If they do take this route, be aware that many of them will be eligible to receive a one-time lump sum during tax season next year.

Keep in mind that the government is directed under Biden’s plan to issue advance payments of the child tax credit in periodic installments. Since these checks are largely based on the agency’s estimates on available data—such as income, marital status, and the number of qualifying dependent children—there could potentially be outdated or inaccurate data. If this is true, then there could be an overpayment of the credits.

However, it appears that the IRS is stepping up to the plate to assist these concerned parents. The agency recently announced that portals for these credits will be launched by July 1 to assist individuals in updating and adjusting their information and any changes to child dependents.

“Later this year, individuals and families will also be able to go to IRS.gov and use a Child Tax Credit Update Portal to notify IRS of changes in their income, filing status, or number of qualifying children; update their direct deposit information; and make other changes to ensure they are receiving the right amount as quickly as possible,” the agency writes.

The IRS has also launched a new tool that aims to help the nation’s lowest-income earners who don’t often have to file taxes because they don’t make enough money throughout the year to do so.

“(It will provide) a free and easy way for eligible people who don't make enough income to have an income tax return-filing obligation to provide the IRS the basic information needed,” the agency states.