China Holds a Lot of America's Debt—Could Beijing Weaponize It? 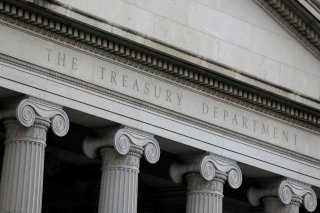 As the United States and Chinese economies decouple in the new Cold War, an important benchmark to watch is the selloff of China’s holdings of U.S. government debt. This raises a number of questions, ranging from how much of a selloff does China conduct to assessing the possible impact on the U.S. economy. After all, China is one of the major buyers of U.S. debt (though at a much slower rate), and the U.S. government has massive ongoing financing needs for its huge fiscal deficits and ballooning public sector debt. Considering that both the Democrats and Republicans lack any interest in fiscal prudence and that the coronavirus pandemic has added unexpected costs, the  United States will remain dependent on access to investors, including those from overseas, over the long term. Although some of the new issuance in U.S. debt will be absorbed by the Federal Reserve, the impact of a major buyer walking away is likely to have consequences.

The hallmarks of U.S.-China Cold War-level competition are not difficult to discern: rising military tensions in key international hotspots, cyber-hacking of public and private sector operations, propaganda operations, and a decoupling from each other’s economy. The last is not easy, but is being pushed along, much of it from hawks within the Trump administration. To be fair, key Democratic leaders, including the party’s presidential candidate, former Vice President Joe Biden, are also sounding tough on China. For anyone looking, the Democratic Party left out the words “one China” from its Asia-Pacific policy for the first time in twenty years—a pointed jab at China and a positive signal to Taiwan. Whoever wins the presidential election in November, U.S. policy is likely to be defined by decoupling, and that includes financial linkages.

Over much of the past decade, China and Japan have consistently been the two largest buyers of U.S. government debt. Indeed, U.S. Treasury securities are high-rated (Aaa/AA+/AAA), liquid, and have a track record of repayment, even during periods of acute financial market stress. As such, they have long functioned as an investor safe harbor. Liquidity has been a key issue; while other major high-rated sovereigns also offer their debt, they are more limited in terms of supply and, in some cases, trade at negative interest rates (Germany, Japan, and Austria). Indeed, sovereign bonds with negative interest rates rose to around $15 trillion in 2019, before receding a little in early 2020.

The situation with China is not market-driven per se, but political. As the Trump administration launched a sustained trade war against China in 2018, the scope of what was at stake on the field of battle rapidly expanded from trade and technology to financial investments, including what U.S. government pension fund holders are allowed to hold and how much access Chinese companies have to U.S. financial markets. As the trade war became a much broader struggle over the commanding heights of the global economy, the issue of China’s holding of U.S. Treasuries has quietly moved up in terms of importance; it holds in excess of $1 trillion of U.S. debt, which does provide it some leverage. However, that leverage should not be overstated; Total U.S. debt is in excess of $20 trillion (and growing), which means that China’s holdings are significant and strategic, but not enough to give it substantial influence over U.S. policy.

At the same time, a rapid large-scale Chinese sell-off of U.S. Treasuries would have an impact. Among the likely outcomes would be a pushing down in debt prices and a pushing up of interest rates in the United States, which would probably have negative repercussions on investment and consumer spending. A possible knock-on effect would be a depreciation of the U.S. dollar, which probably strengthens the Euro and Yen, which, in turn, could hurt their ability to export. Such a move would also hurt the Chinese economy, with government finances taking a substantial hit on the sale of Treasuries at lower prices. The other question facing Chinese debt managers is if not U.S. sovereign debt, then what would take its place? Being an authoritarian government, China could suck up the pain, clamp down on any dissent provoked by potential negative economic consequences, and force its banks and insurance companies to buy a new large wave of Chinese government debt.

Looking ahead, the new Cold War between China and the United States is likely to continue; the tensions over Hong Kong, South China Sea, Huawei, TikTok, and Taiwan are not going away any time soon. In this scenario, China is likely to continue to reduce its exposure to U.S. debt, probably heading to a symbolic move to under $1 trillion, perhaps in the area of $800 billion.

What could make the situation deteriorate? Two risk factors should be considered, neither of which is currently likely, but over the medium term cannot be ruled out. First, the Trump administration (in a possible second term), in wishing to up its aggressive stance in dealing with China, could refuse to sell any more Treasury debt to China. This would be a strictly political decision, regardless of the economic consequences, meant to eliminate Chinese control over U.S. debt and damage the Chinese economy. The other scenario is that if tensions worsen considerably, China could dump its U.S. treasury holdings, taking a financial hit, but also sending a financial torpedo into the U.S. economy (and other Western economies and holders of U.S. debt).

One other key point in the connection with U.S. sovereign debt and Sino-American relations is that a loss of China as a major buyer will not shut down the issuance of Treasury bonds. Although the portion of foreign buyers of U.S. debt has declined (according to the U.S. Treasury), it remains in the range of above $6 trillion, recently nudging up a little over $7 trillion. Short of a massive depreciation of the U.S. dollar and an abandonment of the dollar as the reserve currency, foreign buyers are likely to continue to have demand. As long as the dollar remains the global reserve currency it can technically issue as much debt as it wants, while the Federal Reserve buys it and keeps interest rates low. Moreover, domestic buyers, banks, pension companies and insurance companies have maintained a key role in financing the U.S. government’s hunger for more spending.

The challenge ahead for both China and the  United States is how to manage the U.S. debt situation. China has obviously opted to cut its exposure to the  United States, but the Asian economy remains heavily exposed to the U.S. dollar and dollar-denominated assets. This extends to China’s foreign exchange reserves, which were officially stated to be $3.154 trillion at end-July. As of 2020, the United States and China remain economically linked, despite the current state of frostiness in official relations. These links are going to be difficult to entirely exit short of an outright war and point to limits of decoupling, but the shrinking Chinese portion of U.S. sovereign debt is something that needs to be watched closely.