Chris Christie for President in 2024? 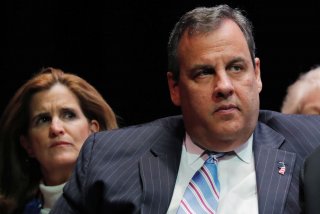 Although Christie hasn’t spoken publicly about his future White House ambitions, he did tell radio host Hugh Hewitt that he won’t rule out going against former President Donald Trump in a primary again.

Christie, who quickly withdrew from the 2016 primary race, told friends that he would be the only Republican in the 2024 primaries with executive experience who has run a presidential campaign before, according to the publication.

But Trump has also teased a 2024 presidential run, as he told Fox News show host Sean Hannity this week that he misses his role as commander-in-chief.

“I miss the most, helping people,” Trump said.

He added, “That’s why I did it. Look, this has been very traumatic. I had a great life, great company, great business, no problems and now all I do is, people go after you. It’s vicious, it’s horrible but you know what? I loved doing it because I helped people. And I’ve helped them more than any president.”

Even if the former president doesn’t decide to run, Christie will face a slew of GOP lawmakers who are eyeing a 2024 White House run, including former Vice President Mike Pence, Florida Gov. Ron DeSantis and former U.S. ambassador to the United Nations Nikki Haley.

Axios noted, however, that Christie could appeal to Trump’s unified base because of his toughness, combativeness and charisma that might compete with President Joe Biden, if he decides to take another crack at the White House.

But Christie didn’t see too much success during his 2016 presidential run, as he placed tenth in the Iowa caucuses with 1.76 percent of the vote and sixth in the New Hampshire primary, rallying seven percent of support.

Although there are nearly a dozen Republicans speculated to run in the next presidential election, none have come forward to publicly say so. Experts say most are waiting until Trump decides whether he will run for the White House again, as he still maintains an iron-like grip over the GOP that would be difficult to compete with.