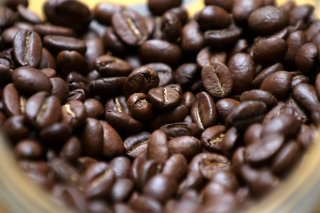 According to a government report issued Tuesday morning, inflation has risen for the third straight month. The Consumer Price Index, released by the Bureau of Labor Statistics, showed that inflation has now reached 5.4 percent year-over-year.

NBC News reported that the number was higher than analyst expectations of 5 percent. The prices of used cars rose the most of anything listed, going up 10.5 percent, while food prices rose 0.8 percent.

Medical care and household furnishings and operations were among the categories that saw a drop in average prices of goods.

"Too much and people accelerate spending to stay ahead of price rises, which of course has the effect of delivering even more inflation. And, as prices generally rise in advance of wages, consumers feel consistently behind the eight-ball," Daniel Alpert, a managing partner at Westwood Capital, said to NBC.

“Recent inflation figures have been more pronounced due to pent-up demand and supply chain constraints, but also because of the low bar of comparison against 2020 when price levels actually declined,"  Greg McBride, chief financial analyst for Bankrate.com, told NBC. "This does support the viewpoint that the inflation we’re seeing is ‘transitory,’ however we can’t ignore the chorus of business owners pointing to rising labor costs. That tends to lead to sustained price increases.”

"It's just been a series of perfect storm events that have prevented the new vehicle production from getting back to normal,” Jonathan Smoke, who chief economist for Cox Automotive, told NPR on Tuesday. "And while that supply has been challenged, we've had surging demand" for cars as more people are driving for work and vacation.

The inflation report followed a separate report earlier this week that another commodity is seeing price increases: Coffee.

According to the Wall Street Journal, prices of coffee have been soaring worldwide, due to high demand and a bad harvest in Brazil that has led to less supply.

“I’ve been growing coffee more than 50 years, and I’ve never seen as bad a drought as the one last year and this year,” Christina Valle, a third-generation coffee grower in Minas Gerais, told the Journal. “I normally take three months to harvest my coffee; this year it took me a month.”

In response to the rising inflation, the Federal Reserve is said to be considering raising interest rates.