The COLA Adjustment, and Other Changes to Social Security in 2022 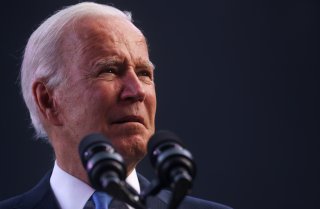 Last week, the Social Security Administration made its long-awaited announcement that of the cost of living adjustment (COLA) for 2022. Due to ongoing inflation, benefits will rise by 5.9 percent, while they typically only rise by between 1 and 2 percent each year.

That means more money in the pockets of seniors, although concerns have been raised over whether the increase in enough to offset the increased costs brought about by the inflation itself.

But that’s not the only change to Social Security that was announced recently. The Motley Fool recently went through more of them.

First of all, the “full retirement age” for Social Security recipients will rise incrementally.

“Since Social Security’s inception, there have only been 11 increases to the program's full retirement age,” according to The Motley Fool. “In 2022, we'll see the 12th and final increase of two months, which will lift the full retirement age from 66 years and 10 months for persons born in 1959 to 67 years for anyone born in 1960 or later,” the site said. “Think of the full retirement age as your personal line in the sand. If you begin taking your retirement benefit at any point prior to hitting your FRA, you'll be accepting a permanent reduction to your monthly payout. Conversely, waiting until after your FRA to begin taking your retirement benefit can lift your monthly payout above 100%.”

Another change is that Social Security taxes will increase a bit for high earners.

But there’s better news for higher earners—monthly payouts for richer Americans will go up as well. However, this only applies to those who wait until full retirement age to collect, work thirty-five years or more, and “perfectly hit or surpass the maximum taxable earnings cap for the 35 years the SSA uses to calculate their monthly payout.”

“Although high-earning workers will be paying more into Social Security next year, well-to-do retired workers also have the opportunity to collect a beefier monthly payout. In 2021, maximum monthly benefits at full retirement age were capped at $3,148. But in 2022, the maximum monthly payout for the rich is increasing by $197 a month to $3,345,” according to The Motley Fool.

Other changes in 2022 include higher withholding thresholds for early filers, higher disability income thresholds, and a higher bar to qualify for a retirement benefit.