The Colonial Pipeline Is Back Online! Bad News: Getting Gas Still Won't Be Easy. 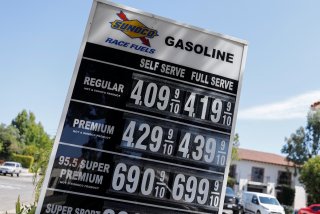 It was a modern-day crime that led to an outcome, of closed gas stations, that resembled the 1970s. But now, it appears there’s a light at the end of the tunnel for the Colonial Pipeline crisis.

It started last Friday, when a group of Russian ransomware hackers known as Darkside executed a ransomware attack against the Colonial Pipeline, shutting down one of the most important fuel pipelines in the United States. By earlier this week, there were shortages, closed gas stations, and price spikes throughout the Southeast.

But by Thursday night, shortly after President Biden promised that some good news was coming on the pipeline front, the Colonial Pipeline company announced that the pipeline had come back online.

However, supply won’t return to normal immediately, the company admitted, although it didn’t say exactly how soon it will be pumping out gasoline at a normal rate.

“Following this restart it will take several days for the product delivery supply chain to return to normal,” Colonial said in a statement, per CNBC. “Some markets served by Colonial Pipeline may experience, or continue to experience, intermittent service interruptions during the start-up period. Colonial will move as much gasoline, diesel, and jet fuel as is safely possible and will continue to do so until markets return to normal.”

How long will it take?

“Due to the slow speed at which fuel travels through the 5,100-mile pipeline—around 5 mph—it could take on the order of 15 days for fresh gasoline to reach New York from Houston refineries,” The Drive said of the timetable. “Heavier fuels like diesel and jet fuel could take even longer, closer to 19 days total.”

President Biden, in addition to working to resolve the crisis, had stated on Monday that  “I think we have to make a greater investment in education as it relates to being able to train and graduate more people proficient in cybersecurity.”

The hackers had demanded millions in ransom although, per Fox Business, the company did not agree to pay the ransom, and was able to restart their system without doing so.

Due in part to the pipeline situation, the average gas prices in the U.S. went over $3 earlier this week, for the first time in seven years, according to GasBuddy. However, that site saw the rising prices mostly as a sign of the return of post-pandemic normalcy, as demand increases for gasoline.

Gas prices are much higher now than they were this time last year in part because such prices were extremely low in the spring of 2020, with stay-at-home orders in place in the opening months of the coronavirus pandemic, and far fewer people driving than is typically the case in the springtime.