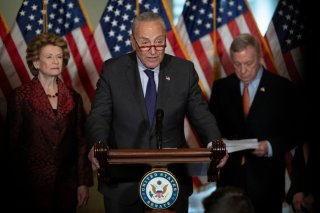 For much of the ongoing Covid-19 pandemic, there’s no question that lackluster customer service at the Social Security Administration (SSA) has been a source of frustration for thousands of older Americans.

There already have been plenty of reports of Social Security applicants who just can’t get hold of anyone at the SSA in order to rectify their respective issues. Many who have called Social Security’s 800 number generally are put on hold for up to an hour and they often just give up.

Furthermore, others who try to log on to SSA’s online account sometimes receive a message that reads “account has been suspended.” If they try to call again, they are back at square one.

With this in mind, Congress earlier this week held a hearing to identify ways to fix such concerning issues, CNBC reported.

The business news outlet noted that “wait times to receive an answer on Social Security’s toll-free number have increased over the years, even prior to the pandemic.”

According to Rep. John Larson (D-CT), the chief reason why the SSA can’t provide adequate customer service—even before the pandemic—is due to that its budget has not kept pace with inflation. In fact, he noted that since 2010, SSA’s budget has trended lower by 14 percent, adjusted for inflation, while having to make do with 13 percent fewer employees.

Adding to concerns is the fact that after being closed for more than two years due to the pandemic, Social Security field offices were only reopened last month—but they just have 50 percent to 60 percent of the overall staff currently working on site in those locations, according to Grace Kim, deputy commissioner for operations at the SSA.

“SSA has been underfunded for too long,” she said during her testimony.

“Without an adequate level of funding, we will not be able to continue our level of service or improve service to the level that really I would want to see us be able to deliver to the public,” she continued.

Similar sentiments were shared by Nancy Altman, the president of Social Security Works. “Between 2010 and 2021, SSA’s operating budget shrank by 13 percent even as the number of beneficiaries grew by 22 percent,” she wrote in an op-ed in The Hill. “Those draconian budget cuts led to an unavoidable decline in service, despite the best efforts of a dedicated workforce,” she concluded.