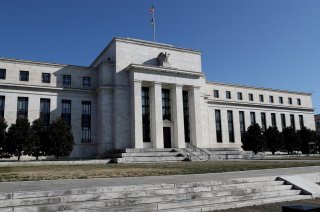 Federal Reserve officials have signaled that they intend to raise interest rates as soon as March 2022 with inflation rates remaining high. The Fed may raise rates several times after that.

If that occurs, ordinary Americans will likely be negatively affected as their borrowing costs will likely rise as well. This is bad news for struggling Americans who are navigating the financial impacts related to the nearly two-year-long coronavirus pandemic.

“The federal funds rate, which is set by the central bank, is the interest rate at which banks borrow and lend to one another overnight,” CNBC’s Jessica Dickler wrote. “Although that’s not the rate that consumers pay, the Fed’s moves still affect the borrowing and saving rates they see every day.

“Now that the central bank’s easy money policies are about to end, consumers will have pay more to borrow and still barely benefit from better rates on their deposits.”

Ballooning rates could be felt most acutely in the highly competitive housing market.

Count on Help From Washington?

Washington lawmakers were aware of the sufferings endured by many Americans during the pandemic.

However, despite those timely checks, many Americans feel they can’t make ends meet in this current high-inflationary economic environment. And from the projections of future interest rates, it will likely only get worse.

Both the White House and Congress have stayed mostly silent on the prospect of future stimulus checks in recent months. It appears that the push for more direct payments has taken a backseat to passing some form of the Build Back Better bill, which aims to tack on another year of the popular enhanced child tax credits, seen by many Americans as being an unofficial version of a fourth stimulus check.

Despite Washington’s reluctance to move forward on more stimulus, several states have already taken action to disburse their own stimulus checks to their residents on a smaller scale.

For example, California recently issued a second round of Golden State stimulus checks of $1,100 to those who earned less than $75,000 last year. Governor Gavin Newsom has hinted that even more stimulus payments could be green-lighted in the coming months.

Meanwhile, Minnesota recently announced a plan to provide $700 million in direct payments to state residents. This means that 2.7 million households could receive either a $150 or $350 check.