Could Your State Give You Another $1,400 Stimulus Payment? 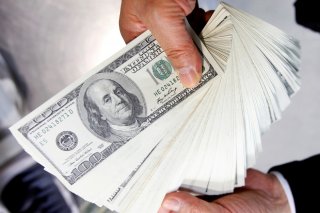 The sending out of the current third round of coronavirus stimulus checks appears to be heading into the final weeks, but according to the most up-to-date spending rules released by the U.S. Department of Treasury, cash-strapped Americans could be in line for more cash payments from their state or local government.

Moreover, there is a section that says that governments can, in fact, disburse the money for direct assistance to households who have been financially hurt by the ongoing pandemic.

According to the Treasury, these people have “experienced unemployment or increased food or housing insecurity or is low- or moderate-income experienced negative economic impacts resulting from the pandemic.”

Even before the spending rules were released, California has been at the forefront of offering state-issued stimulus checks. Gov. Gavin Newsom recently proposed a second round of $600 state stimulus checks, aiming to expand the payments from low-income residents to also include middle-class families. This would make two-thirds of the state’s residents eligible for the funds.

The governor is also proposing that families with children receive an additional $500, $5 billion to double rental assistance, and $2 billion to help pay for utility bills.

Although this is great news only for those who live in California, keep in mind that the American Rescue Plan still has other avenues in which to send cash to struggling Americans.

For example, beginning in July, millions of eligible parents will be able to get their hands on a $250 or $300 payment each month under the expanded child tax credit. And thousands of “plus-up” or supplemental checks are still in transit to Americans “who earlier in March received payments based on their 2019 tax returns but are eligible for a new or larger payment based on their recently processed 2020 tax returns,” the IRS says.

One more sizeable payment many Americans are in line to receive is from the tax refund on the 2020 unemployment benefits, which will be sent out this month.