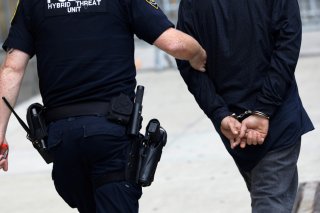 A man and woman from North Carolina have been accused of murdering the woman’s grandmother in order to collect her Social Security and other benefits. The couple were also charged with a litany of other charges, some related to the grandmother’s disappearance and some not. This month, the woman’s body was found—and police say a pet duck helped find it.

Per The Daily Mail, the grandmother was officially determined to be missing in 2020 but had actually disappeared sometime before that.

'If I could give that duck a medal, I would,” Buncombe County Sheriff's Office Sgt. Mark Walker told the local media. Coverage of the case was marked with lots of duck puns, including references to a “wild goose chase” that law enforcement was sent on by the suspects.

In order to conceal the woman’s death, according to the report, the couple continued to collect her prescriptions, while also collecting her Social Security and retirement benefits. This is no word of charges for Social Security fraud or any other similar crime, although those would be filed at the federal level, rather than local charges.

Previously, the woman in the couple had been charged with misdemeanor animal cruelty, unlawfully reconnecting a utility, two counts of abandonment of an animal, possession of a schedule three controlled substance, possession of drug paraphernalia, and possession of a synthetic cannabinoid.

“Since the beginning of this investigation, we have sought to locate Ms. Sullivan’s remains, afford her the respect she deserved, and restore dignity to the life she once lived. We are dedicated to utilizing all available science, technology, and investigative skills necessary for justice to be served in this case,” Angie Tullis, captain of the Criminal Investigation Division at the Buncombe County Sheriff’s Office, said of the arrests, per the Facebook page of the Buncombe County Sheriff's Office.