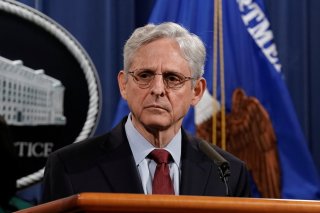 Last week, the federal government announced that it has seized a marketplace that it says was used by criminals to buy and sell personal information.

According to an announcement from the U.S. Attorney’s Office for the Middle District of Florida, the government has seized the SSNDOB Marketplace which, they said, “listed the personal information for approximately 24 million individuals in the United States, generating more than $19 million USD in sales revenue.”

The marketplace was advertised using dark web forums and included domain names such as ssndob.ws, ssndob.vip, ssndob.club, and blackjob.biz. The network was busted in cooperation with the governments of Latvia and Cyprus.

A site called ssndob.org remains online stating, in broken English, “want to buy SSN, but don't know where? We help find info about Social Security number, date of birth and other of people. SSNDOB - is actual data, honest cooperation, complete anonymity and attractive prices.” There is not, however, any legal way to buy or sell the Social Security numbers of others. Per Ars Technica, no arrests have been made yet in connection with SSNDOB. But asset forfeiture is likely. Journalist Brian Krebs had written about the network in 2013 and was “swatted” shortly afterward. The Ars report also said that the operators of SSNDOB had “infiltrated” LexisNexis, Dun & Bradstreet, and Kroll Background, in order to obtain the names and information.

“I applaud the extensive work and cooperation by our domestic and international law enforcement partners in bringing a halt to this global scheme,” said U.S. Attorney Roger Handberg. “The theft and misuse of personal information is not only criminal but can have a catastrophic impact on individuals for years to come.” The investigation was a cooperative effort, on the U.S. side, among the Internal Revenue Service (IRS)-Criminal Investigation Cyber Crimes Unit and the FBI-Tampa Division, along with the IRS-Criminal Investigation’s Tampa Field Office.

“Identity theft can have a devastating impact on a victim’s long-term emotional and financial health. Taking down the SSNDOB website disrupted ID theft criminals and helped millions of Americans whose personal information was compromised,” Special Agent in Charge Darrell Waldon, IRS-CI Washington, D.C. Field Office, said in the press release. “Special agents with IRS-CI’s DC Cyber Crimes Unit will continue to work with the U.S. and international law enforcement community to end these complex scams, regardless of where the money trail leads them.”

“These seizures demonstrate the FBI’s strong working relationship with our international partners in disrupting malicious cyber activity,” said FBI Tampa Special Agent in Charge David Walker said in the announcement. “Dismantling illicit marketplaces that threaten the privacy and security of the American public is a priority of the FBI.”