The Data Is In: Stimulus Checks Helped Millions of Americans (More Coming?) 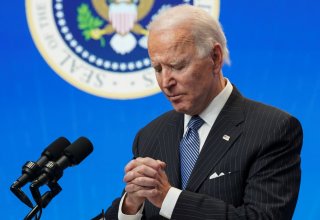 The coronavirus stimulus payments sent out by the federal government significantly decreased hardship for families, according to a new analysis of Census Bureau data.

“Our analyses thus far have yielded a fairly simple story: throughout the crisis, the level of hardship faced by U.S. households can be directly linked to the federal government’s response,” university researchers wrote in the report.

They added, “What we find is that reported hardship drops sharply—across multiple domains—immediately following both the COVID-19 relief bill passed in late December 2020 and [the American Rescue Plan Act] ARPA passed in early March 2021.”

The researchers noted that the hardships that dropped were especially evident for adults with children and adults in households with incomes below $25,000. The two groups faced loads of food insufficiency and financial instability compared to other groups, but the hardships drastically dropped after the passage of the second and third rounds of stimulus payments.

“We see an immediate decline among multiple lines of hardship concentrated among the most disadvantaged families,” said H. Luke Shaefer, a professor at the University of Michigan who co-authored the study.

Shaefer added, “Cash aid offers families great flexibility to address their most pressing problems, and getting it out quickly is something the government knows how to do.”

Although the study indicates that the direct payments offered low-income individuals and families a stronger financial edge, some lawmakers originally opposed passing a third round of stimulus checks as part of Biden’s rescue package. Those lawmakers argued that the spending would add to the deficit and would disincentivize people from returning back to the workforce.

But some analysts say that the hardships would have inevitably reduced as a result of the economy recovering, as more people went into work and Biden’s safety net programs were put in place.

“We believe the success of the federal government’s relief measures may be due to the speed, breadth, and flexibility of its broad-based approach, primarily relying on cash transfers,” the analysis stated.