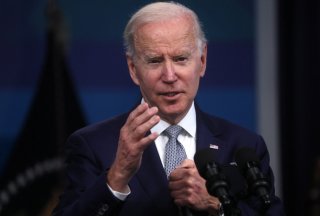 It appears that decision time for President Joe Biden to forgive federal student loan debt is getting closer by the day.

Per Forbes, Zack Friedman, author and CEO of Mentor, recently wrote that borrowers should “expect a potential announcement on student loan forgiveness within weeks.”

However, he did note that “while Biden could cancel student loans and extend student loan relief, he also could choose to do neither or only one of these options.”

Ever since Biden took office, many young Americans have been keen on government action to tackle student loan debt, which has reached $1.75 trillion nationwide, according to the Department of Education. In addition, about a quarter of student loan borrowers, or ten million individuals, are believed to be in delinquency or default.

The Biden administration has already canceled more than $17 billion in student loan debt for about 725,000 borrowers. Even with this in mind, Friedman said borrowers should keep their expectations in check.

As the Biden administration weighs its options, it appears that the financial burden on today’s students is continuing to rise.

According to the College Board, per CNBC, average tuition and fees for the 2021-2022 academic year ticked higher by 1.6 percent, all the way up to $10,740 for in-state students at four-year public colleges. Meanwhile, at four-year private institutions, tuition climbed by 2.1 percent to $38,070.

“This year’s incoming freshman class will rely on loans even more in pursuit of a degree at a public college or university,” the outlet wrote.

Research from the Institute for College Access & Success shows that about 70 percent of college seniors graduate in the red, with each borrower owing nearly $30,000. In addition, the average high school graduate this year could potentially take on as much as $39,500 in student loans, according to a NerdWallet analysis of data from the National Center for Education Statistics. Last year, the amount was $38,147.

A new Bankrate.com poll has also revealed that high loan debts are preventing younger borrowers from saving for retirement or emergencies, purchasing a home, or paying off other high-interest debt. About 60 percent of U.S. adults who have student loan debt have put off making important financial decisions due to that liability. A full 70 percent of Gen Z and millennial borrowers have delayed important financial decisions as a result of their student loan debt.