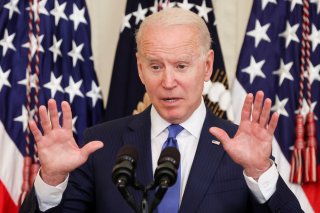 Despite being only three months into the disbursement of the expanded Child Tax Credit approved last spring under President Joe Biden’s $1.9 trillion American Rescue Plan, the extra funds sent out to thirty-five million families are already showing signs that they are helping to feed and educate the nation’s poorest children.

Due to this success, Senate Democrats are now weighing a three-year extension of Biden’s expanded Child Tax Credit in the $3.5 trillion social-spending plan. The proposal indeed has plenty of supporters, but there are fears that it could be pared back due to the high costs, which have been highlighted by several Democratic moderates.

The highly influential Ways and Means Committee appears to be on board as well, as it has officially stated that it wants the expanded credit to continue uninterrupted through the year 2025, which has also been proposed by the President. They are also pushing to include a “look-back rule” that would allow taxpayers to use income from as far back as two years ago to stay eligible for the expanded credits.

“This rule keeps taxpayers eligible for the credit even when their income rises above the phaseout range in a single year,” the committee stated.

Just last week, House Speaker Nancy Pelosi voiced her support to extend the expanded credits till 2024—and even beyond.

“The goal of the rescue package was to put vaccines in people’s arms (and) money in people’s pockets,” she told reporters in Connecticut. “We want to make it permanent.”

Since the payments started rolling out in mid-July, it has been revealed that the credits have reached more than sixty million children, according to a release from the Treasury Department.

“Sixty-one million children across America are benefiting from the advance Child Tax Credit, helping families put food on the table and meet the needs of the next generation,” Deputy Secretary Wally Adeyemo said in a statement.

“We want every eligible family to have access to the advance Child Tax Credit, which is why we will continue our outreach efforts to drive enrollment as our children return to school,” he added.

Moreover, the number of adults living in households with children that reported not having enough to eat has fallen by 3.3 million due to the credits, according to the Census Bureau’s Household Pulse Survey.

“A key reason these payments likely reduce hardships like food insecurity is that the American Rescue Plan’s expansion of the Child Tax Credit made children in the lowest-income families eligible for the full credit for the first time,” Claire Zippel, senior research analyst at the Center for Budget and Policy Priorities, wrote.

“Congress should make it a top priority to extend the monthly payments and ensure that the full credit remains permanently available to children in families with the lowest incomes,” she added.