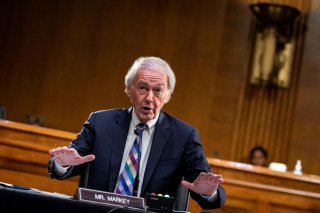 Social Security may have emerged as an unlikely issue in the midterm elections, with some Republicans making noises about changing how Social Security works and Democrats vowing to protect it. But now, elected officials in the president’s party are calling for new leadership at the Social Security Administration (SSA).

Three senators have authored a letter urging President Joe Biden to fill vacancies at SSA. The letter was authored by Sens. Edward J. Markey (D-MA), Chris Van Hollen (D-MD), and Sherrod Brown (D-OH.) The senators asked the president to duly name a Commissioner and Deputy Commissioner of the agency.

The three senators were joined by several others, all Democrats besides Sen. Bernie Sanders (I-VT).

The senators also shared some history.

“The Social Security Administration’s longstanding labor-management problems worsened under the prior Administration,” the letter said.

“Under prior leadership, SSA was among the most hostile agencies in the federal government in the way it chose to implement the since-repealed anti-union executive orders from 2018. Employee satisfaction is falling at SSA, and SSA employees report feelings of exhaustion at among the highest rates of any federal agency.  Permanent, Senate-confirmed leadership at the agency will help improve this longstanding challenge for the agency and its employees.”