Did Biden's American Rescue Plan Act Save or Doom America? 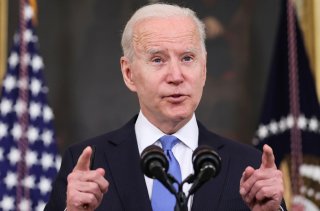 The American Rescue Plan Act was passed in the spring of 2021, as the first significant legislative act of the Biden Presidency. Among many other things, the American Rescue Plan Act was a stimulus package for a nation still in the throes of the coronavirus pandemic. It included direct stimulus checks for most Americans. Also in the package was an expanded child tax credit, pandemic aid, and much more.

Last month, the House Budget Committee held a hearing on the effects of the legislation. It issued a report Tuesday called “Changing the Course of Recovery: How the American Rescue Plan Saved America.”

The report began by stating that the legislation saved lives, thanks to its Covid-19 relief spending.

“The American Rescue Plan saved lives by helping to slow the spread of Covid. Funding in the bill expanded vaccination efforts and provided personal protective equipment. The truth is in the data: nearly 14,000 lives that were being lost prior to the passage of the Rescue plan are now being saved each month,” the committee said.

The statement also touted the economic effects of the legislation.

“Before the Rescue Plan was enacted, the American economy was in a precarious position. In June 2020, the unemployment rate was 11 percent — 7.5 percentage points higher than pre-pandemic levels — and our economy had 14.8 million fewer jobs while GDP growth fell by 31 percent in the second quarter of 2020. Clearly, additional support was needed to stabilize our economy.”

The report also quoted Dr. Julia Coronado, president and founder of MacroPolicy Perspectives, who testified at the hearing. “Most economists of all institutions and of all stripes were expecting a very prolonged, and painful, and difficult recovery before that fiscal support was provided.”

Also, at the hearing, Sharon Parrott, president of the Center on Budget and Policy Priorities, touted the anti-poverty benefits of the American Rescue Plan Act.

“Over the last 80 years or more, it might be difficult to think of a single piece of pre-pandemic legislation that’s more effective than the Rescue Plan at preventing poverty…” she said. “While annual poverty data are not yet available for 2021, one study at Columbia University estimated that the American Rescue Plan alone reduced annual poverty that year by more than 12 million people, including 5.6 million children, a reduction in child poverty of more than 50 percent.”

While many have blamed the Rescue Plan for current inflation, the report argued that this isn’t the case.

“The main causes of current inflation are supply chain bottlenecks and Putin’s war on Ukraine. The Rescue Plan changed the trajectory of our economic recovery and put American families and businesses in a better position to handle unforeseen global challenges, like those that are driving high inflation in countries around the world,” the committee said.