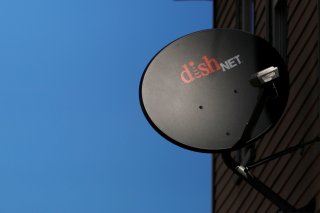 Dish Network released its quarterly earnings on Friday, announcing that it lost another 462,000 video subscribers, bringing the total number of Dish TV subscribers to under 8 million. Dish lost 230,000 subscribers in the same period the year before.

Dish is now left with 10.24 million total pay-TV subscribers, 7.99 million of them subscribed to DISH TV and 2.25 million subscribed to Sling TV. Per Leitchman Research Group’s year-end report, Dish TV lost 595,000 subscribers over the course of 2021, while Sling TV gained 12,000.

And while the company has pivoted to wireless service, it also lost 343,000 such subscribers in the first quarter. This week, Dish finally launched its much-delayed commercial 5G service in Las Vegas.

Still, Dish did post a net income of $433 million in the quarter. Per MarketWatch, the company’s profit and revenue fell short of analyst expectations.

"The COVID-19 pandemic and its impact on the economic environment generally, and on us specifically, have adversely impacted our business. Furthermore, any continuation or worsening of the pandemic and economic environment could have a material adverse effect on our business, financial condition and results of operations,” Dish’s quarterly filing said.

“We face intense and increasing competition from providers of video, broadband and/or wireless services, which may require us to further increase subscriber acquisition and retention spending or accept lower subscriber activations and higher subscriber churn,” the filing added.

"Changing consumer behavior and new technologies in our Pay-TV business may reduce our subscriber activations and may cause our subscribers to purchase fewer services from us or to cancel our services altogether, resulting in less revenue to us.”

In January, the New York Post reported that DirecTV and Dish were once again in talks to merge their satellite operations, as antitrust concerns are now less of a worry. There has been no update on the talks, although Dish chairman Charlie Ergen said on the company’s last earnings call that both companies would “fall away” in the absence of such a merger.

Dish and DirecTV once nearly merged in the past, but the agreement that they reached was blocked by the government in 2001.

“Otherwise, both companies will just melt away and there’ll be no service for customers. Reasons to not allow it don’t exist anymore. I think it’s inevitable, but I don’t know the timing of it,” Ergen said on the call.

In May, Dish will host an analyst day in Las Vegas to tout the new 5G network.