Do Joe Biden's Big Stimulus Bills Mean the Era of Big Government Is Back? 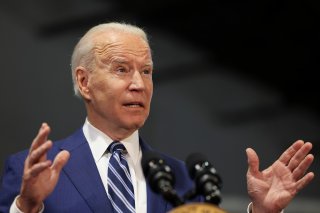 President Bill Clinton famously declared, in his 1996 State of the Union address, that “the era of big government is over.” The speech, delivered while Clinton was running for re-election, just over a year after a new Republican majority that had run on smaller government took over Congress.

Clinton’s declaration was seen at the time as a change in the bipartisan consensus against massive amounts of spending and deficits; by the end of the Clinton Administration, there was a rare budget surplus.

However, 25 years later, that consensus has changed again, in the other direction. It’s the outcome of a long process that has seen both parties move away from that 1990s consensus.

After bitter budget battles throughout the Obama era, there was much less of that during Donald Trump’s presidency-especially once the coronavirus pandemic hit, and the Trump Administration passed a pair of expensive stimulus packages.

Once President Joseph Biden took over, that continued, with the passage of the American Rescue Plan, which also sent out stimulus checks, paid for with deficit spending. And while Biden’s current proposals, the American Jobs Plan and American Families Plan, include mechanisms to pay for them, the proposals would add trillions of dollars in spending.

Is that the new normal? A new analysis looks at whether that’s the case.

Writing in Bloomberg News this week, Matthew Boesler looks at whether “A New Economics of Big Spending Could Be Here to Stay.”

“In 2020, when the pandemic hit and economies around the world went into lockdown, policymakers effectively short-circuited the business cycle without thinking twice. In the U.S. in particular, a blitz of public spending pulled the economy out of the deepest slump on record—faster than almost anyone expected—and put it on the verge of a boom. The result could be a tectonic transformation of economic theory and practice,” the Bloomberg piece said.

The change hasn’t been limited to just the U.S., Boesler argued.

“Governments channeled cash directly to households and businesses and ran up record budget deficits. Central banks played a secondary and supportive role—buying up the ballooning government debt and other assets, keeping borrowing costs low, and insisting that this was no time to worry about inflation. Policymakers also started looking beyond aggregate metrics to data that show how income and jobs are distributed and who needs the most help.”

U.S. lawmakers, the author suggests, learned lessons from the aftermath of the 2008 economic crisis, when there was little direct aid to struggling Americans, and therefore the recovery took a long time. But now, even many of those who have long feared inflation are on board with spending.

"As President Joe Biden’s $1.9 trillion pandemic relief bill was passing through Congress in March 2021, Fed officials played down the inflation risks,” Boesler wrote. "White House economists say that if their spending plans, including the $4 trillion infrastructure and child-care packages they hope to pass next, do end up causing unacceptable levels of inflation, then the Fed can always step in and clean up the mess.”